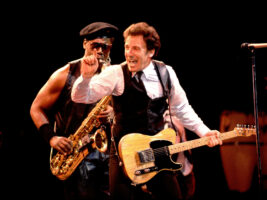 Though it cycled through a few different names before finally landing on what it’s best known as today, the Telecaster was the first-ever solidbody guitar.

READ MORE: “Every guitar sound is DI’d: its blown my mind!” Joe Satriani on why plugins are the future for him