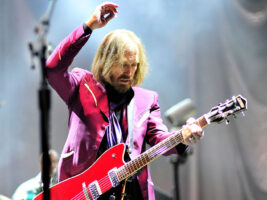 A reworked version of Tom Petty And The Heartbreakers’ soundtrack LP for the Edward Burns film She’s The One has landed, celebrating a quarter-century since its release.

The new version of the soundtrack album renames it to Angel Dream, and takes off the tracks found on the original that were taken from the Wildflowers sessions. These have since appeared on the recent deluxe reissue of Wildflowers. Replacing them are four unheard tracks from the 1990s era of Tom Petty and The Heartbreakers: One Of Life’s Little Mysteries, Thirteen Days, 105 Degrees, and French Disconnection. There’s also an extended edition of Supernatural Radio.
Dana Petty, Tom’s widow, said in a statement: “These songs are extremely special. I am grateful this record is getting the recognition it deserves. The remix Ryan Ulyate did sounds amazing, and the unreleased gems are a lovely bonus.
“Annakim, Adria, and I took a lot of time finding artwork that reflects the mood of the album. I think we finally achieved that with Alia Penner’s work. It is surreal and beautiful, just like life during that time.”
The reimagined version of the soundtrack LP follows several other archival releases from the Petty estate. Last year, there was the aforementioned expanded Wildflowers
reissue, entitled Wildflowers And All The Rest, and this year there was Finding Wildflowers, which featured alternate takes of Wildlflowers’ tracklist.
Hear the newly released soundtrack LP below.

The post Hear four previously-unreleased Tom Petty songs from special edition of She’s The One soundtrack appeared first on Guitar.com | All Things Guitar.