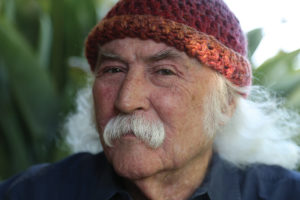 Interview: David Crosby – Back To The Garden