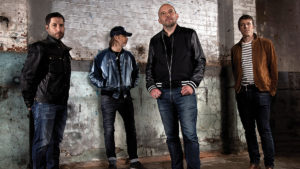 Ride’s latest album Weather Diaries – their first for 21 years – is a welcome evolution of the band’s storm of melody, noise and songwriting savvy. Richard Purden speaks to guitarist Andy Bell about gigging, gear and his career…
Photograph by Andrew Ogilvy