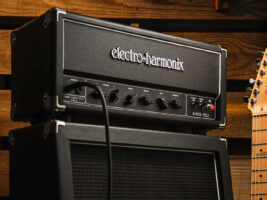 Out of the dozens of amplifiers I own, there’s one that stands out. It’s the definition of perfect, and in its own way, it might well be the most important amplifier ever made. I know what you’re thinking, “Whoa there, Josh – I thought you were the effects guy? And I thought this column was about guitar effects?! You need to stay in your lane there, buddy, get back on script!”

READ MORE: Space & Time: The birth of reverb, delay and other good vibrations