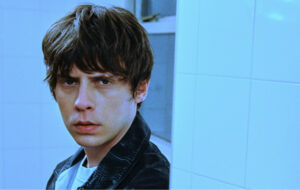 “It’s easy to get an ego, but I’ve chucked that in the bin”: Jake Bugg goes pop on new album Saturday Night, Sunday Morning

“It may be seen as a dirty word by some people, but the truth is we all love a good pop song,” begins Jake Bugg, explaining the inspiration behind his fifth album, Saturday Night, Sunday Morning. A striking departure 10 years into the Nottingham singer-songwriter’s career, it sees him embracing his love of the Bee Gees, ABBA and Supertramp, with the guitar often operating from the shadows. “I just feel like at the moment guitar solos seem a little traditional,” he continues. “I wasn’t big on having too many on this record.”

Fear not. While this is certainly Bugg’s pop record, co-created with heavyweight songwriters Andrew Watt and Ali Tamposi, famed for their work with Dua Lipa and Miley Cyrus, Bugg hasn’t turned his back on the instrument that shot him to fame as a teenager. It’s a case, he says, of serving the song. “I just wanted the guitars to complement the music, I wasn’t so keen on ‘there always needs to be a guitar on this’, I let the music tell me what to play. I love old, traditional pop melodies, and I wondered whether I could incorporate that into a modern sound and add a few dark undertones and psychedelic vibes.”
Announced by statement single All I Need, Bugg’s fifth album is a kaleidoscopic blend of EDM and pop beats, sparkling falsetto melodies, colourful synths and piano balladry, yet when he and Watt do play guitar, the parts are discerning and thoughtful. Witness the George Harrison-like lilting slide sounds on Scene or the beatific fingerpicking that drives reflective closer Hold Tight. That’s thanks in part to the array of beautiful vintage guitars at Bugg’s disposal – he is, he acknowledges, something of a gear head.

“I love vintage guitars, I thought I’d never be lucky enough to own one, but I’ve got a good collection now,” he says. “I’ve got a 1958 double-cutaway Les Paul Special, which is great, I had a problem with the neck, and I can’t take it out anymore. One of the rarer guitars I own is a sunburst 1953 Gibson J-185, they only made about 865, I heard. I’ve got a 1949 Martin D-28, and one of the guitars I love most is a 1954 Fender Esquire.
“I’ve had the pleasure of owning some very nice guitars. I’ve got a Patrick Eggle acoustic that was made for me out of a mahogany kitchen table. It’s served me well and still gets played all the time live. I picked up a Martin 000-15 from the 30s in Nashville, too.”
None of those guitars is Bugg’s most trusted live instrument, though. That honour is reserved for a 1966 Fender Strat acquired in Texas from Musicmakers, Austin, which eagle-eyed viewers may have identified during his performance of All I Need on The Graham Norton Show earlier this year.
“I absolutely love that guitar,” he enthuses. “It’s got the three-switch pickup, not the five, and it doesn’t have that generic Stratocaster glassy sound I find some of them have, it’s a bit more diverse. It’s black and you can see the white paint underneath, it’s got a rosewood fretboard… it’s just a brilliant guitar.”

“I think that’s natural, but you’ve just got to make records you believe in,” he answers. “The fans are very important to me, and I’ll always play the old stuff live, but when I made that first album, I didn’t have any fans to consider, and that’s a record they enjoy. I feel it’s a little unfair when people say ‘you’ve let me down’ or ‘go back to the old stuff’, because that’s not what being an artist is about, it’s about evolving and progressing.”
Jake Bugg closes his fifth album pondering “How will you remember me?”. He’s already ticked off a startling list of achievements, amassed a vintage collection to die for and is embarking on what he feels is the “second chapter” of his career, still three years shy of his 30th birthday. So, how would he like to be remembered as a guitarist?
“I think we’d all like to be known for our guitar capabilities, but I don’t feel like I’m someone who’s known for being a good guitar player or anything,” he says in typically self-deprecating fashion. “I try to do as much as I can in a live setting to make the songs sound full, I don’t like to be self-indulgent. I know a lot of people want to be remembered, but I don’t care too much about that, it’s the songs I want them to remember.”
Jake Bugg’s new album, Saturday Night, Sunday Morning is released 20 August on RCA Records.
The post “It’s easy to get an ego, but I’ve chucked that in the bin”: Jake Bugg goes pop on new album Saturday Night, Sunday Morning appeared first on Guitar.com | All Things Guitar.