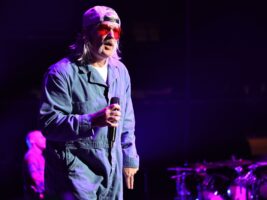 Limp Bizkit have announced that they will be postponing their upcoming tour of the UK and Europe. This comes in light of a statement shared by the band’s frontman Fred Durst, in which he explains to fans that he has been advised to take an “immediate break from touring” due to unforeseen health issues.

News of the tour cancellation broke yesterday evening (July 17) when the vocalist took to social media and left an official statement to fans of the band, stating that the upcoming tour will be postponed for the indefinite future due to sudden “personal health concerns”.
In the Instagram post, Durst wrote:
“For personal health concerns and based on medical advice given by my personal physician to take an immediate break from touring, Limp Bizkit will sadly have to postpone their 2022 UK and European tour.” He continues, addressing fans who will be undoubtedly disappointed by the announcement, saying “We truly apologise for any inconvenience this may cause to our loyal fans, promoters and support staff. Stand by for further news.”
The tour in question was in support of the band’s comeback album Still Sucks, which was released in 2021. Set to initiate in Sweden at the beginning of August and reach the United Kingdom in September, no plans of rescheduling have been announced as of yet, although the frontman assures fans that he is already “thinking of ways” to try and make it up for those who were set to attend.

Detailing further information for his fanbase, the singer also took to the band’s website and left a video message in which he gives a firsthand account of how the news has affected him.
“I have decided to do some tests to make sure I’m in good physical condition and [that] everything’s okay. To my surprise, my doctor has decided to send me a letter, telling me he would not like me to tour at this time and to stay close by to do some more tests,” Durst explains. “That being said, this is very unexpected news and I’m so sorry. I look forward to making it up to you as soon as possible.”
In the video, he also progresses to thank fans for their patience and assures them that he is already planning ways to benefit those affected:
“I can only thank you so much for your support and I truly am grateful for everyone who was going to take the time out of their busy lives and come see Limp Bizkit perform this summer. I look forward to making that up to you as soon as possible,” Durst states.
“I’m only wishing for the best and I know everything is going to be okay” he continues. “We do love and cherish our connection with you more than anything on this planet […] and I’m already working on something to make it up to everyone in the UK and all over Europe.”
Find the full video below.