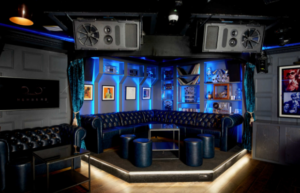 The exclusive London club has installed BB6 monitors in its members lounge.

As a winner of Best Club at the London Bar and Club Awards and Best Late Venue at the World Lifestyle Awards, Tape has established itself as an elite London hotspot, offering a premier party experience for its global clientele, which has included the likes of Will.I.Am, Justin Bieber, Mick Jagger, Rita Ora, Ellie Goulding, Lewis Hamilton and many others. Tape also regularly hosts performances by some of the biggest artists in the world, including Lady Gaga, Drake, Rudimental, P Diddy, The Weeknd, Wiz Khalifa, John Legend and Travis Scott.

For Tape London, having a world-class studio on site is imperative. The recent re-design of the studio included a relocation and expansion of the overdub booth and control room allowing more space for songwriters, producers and artists. System upgrades include Pro Tools HDX and a Grace monitor controller, along with a selection of other professional hardware and software.

Heff Moraes, Tape’s studio director, commented: “Tape’s clientele consists of the leading professionals in the music industry, therefore we didn’t have to think long about where we could source the very best speakers on the market for our new Members Club as well as our state of the art recording studio. As a leading loudspeaker maker in both the professional studio and HiFi consumer markets, PMC understood what we wanted to achieve and were able to create a bespoke playback system that delivers the ultimate in sound quality, whether it’s for an intimate live music performance, a sold-out club night or mixing audio in a world class environment. The results have been exceptional with sound quality unlike anything in the country.”

Peter Thomas, owner and MD of PMC added: “The QB1 XBD Active is our flagship studio reference loudspeaker and we are delighted that the first system in the UK has been installed in such an exciting and cutting-edge facility as Tape London. We are also thrilled that our BB6 monitors have been chosen as the playback system in the exclusive members lounge. Tape’s quality conscious clientele will experience audio of the highest calibre, along with a forensic level of detail that will allow them to hear every nuance of the music in both the studio and the members lounge.”