Background: I think the Dimarzio DP-168s and DP-198 in the HHH St. V are much too dark. I’m trying to find pickup/electronics that work better for me, as I really like the guitar otherwise. There are undoubtedly smarter ways to go about this task than what I’m doing, but here we are.

So my first replacement pickup came in the mail last week: a Lindy Fralin Firebird neck. It’s got a ~6.5k wind and Alnico 5 magnets. After a tiny bit of confusion over how to adapt the two-conductor wiring to the 4-conductor PCB terminals, and then a small side-trip into inadvertent Peter Green territory, I was eventually up and running.

Initial thoughts: Definitely on the right track. The Fralin Firebird Neck (FFN) has got some bass to it, but none of the low-mid muddiness that the DP-168 had. The FFN sounds a bit scooped, but when paired with a very mid-forward amp like I prefer (nearly everything I own is either a Vox or an Orange) the results are pretty balanced…unless I want them not to be.

It’s an interesting sound, this pickup. Very pretty. Polite, even. The highs still feel a bit restrained, but in the absence of lower frequencies cluttering things up, I don’t mind it as much. So those 250K pots live to fight another day.

Switching between the FFN and the mid-position DP-168, I’m struck by a) just how hot the stock pickups really are and b) how VERY attenuated their high end is. It’s like engaging an overdrive and rolling off the tone knob all at once. Side-by-side, the Dimarzio sounds like its got a notchy eq curve. Almost cocked-wah compared to the open voice of the FFN. There’s no real “winner” there; I see value in both and, in fact, always found the individual pickups in the STV pretty usable, even if I I was constantly reaching for the tone knob only to discover that it was already fully up. It was the pickup combinations that really got dicey.

So how are the pickup combinations now?

Well…that big output imbalance has a cost. The Neck/Bridge combo actually sounds pretty baller. Mostly because the bridge pickup sounds pretty good on its own and it dominates this setting.

The All-3 pickups setting is a weird one. Stock, it sounds a LOT like a position 2/4 Strat, only with big, wooly low-mids woofing everything up. With the FFN, it’s no longer overpowered by mud, but it’s also lost almost all of its quack. Not sure what that’s about. Maybe quack relies on pickups matching a bit more? Not sure. Maybe Step 2 will tell…

Which brings us to Step 2: Today, I ordered a Lollar Firebird (middle position, which at 6. 7K should give me the flexibilty to play around with where I put it and the FFN, but I’ll start with it in the middle). I’ll check back in once I’ve installed it and we’ll see where we are.

TLDR: Wanted to make a St Vincent HHH brighter. So far so good. 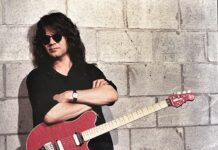 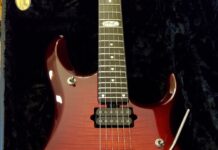 Off Topic: Advise for essay writing?