There are multiple posts regarding the Ditto X4 having noise and functionality issues.  It’s safe to say there are many others that may be having similar issues but are not active on the forums.

TC support is doing a fine job supporting the product, but the product was not ready for market.  TC Support is fighting a losing battle with this one.

How many incidents have to be reported before we, the customers that paid ~$250+ for a functioning looper pedal, can do something about it directly with TC?  I don’t want to send my looper pedal to a service facility only to have the issue surface again…which has been reported to happen.  I’d even be willing to trade my bricked Ditto X4 for another TC pedal…just not another Ditto X4 ever, ever again.

Anyone out there feel the same? 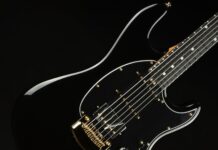