Was originally going to post this in the “pics o’ my guitar thread”, but thought I’d start a new thread since I ramble a bit.

I’ve had two other 2nd gen Lukes over the years and bought a new LIII the first year they were offered in Bodhi Blue. As awesome as the LIII is, I’ve been missing the smaller body on the original Luke. I bought jptortor’s gorgeous Luke in the Lava Pearl color that he listed in the for sale thread. jptortor (Jason) is a great guy to deal with, BTW. We did a trade via the forum about 4 years ago! 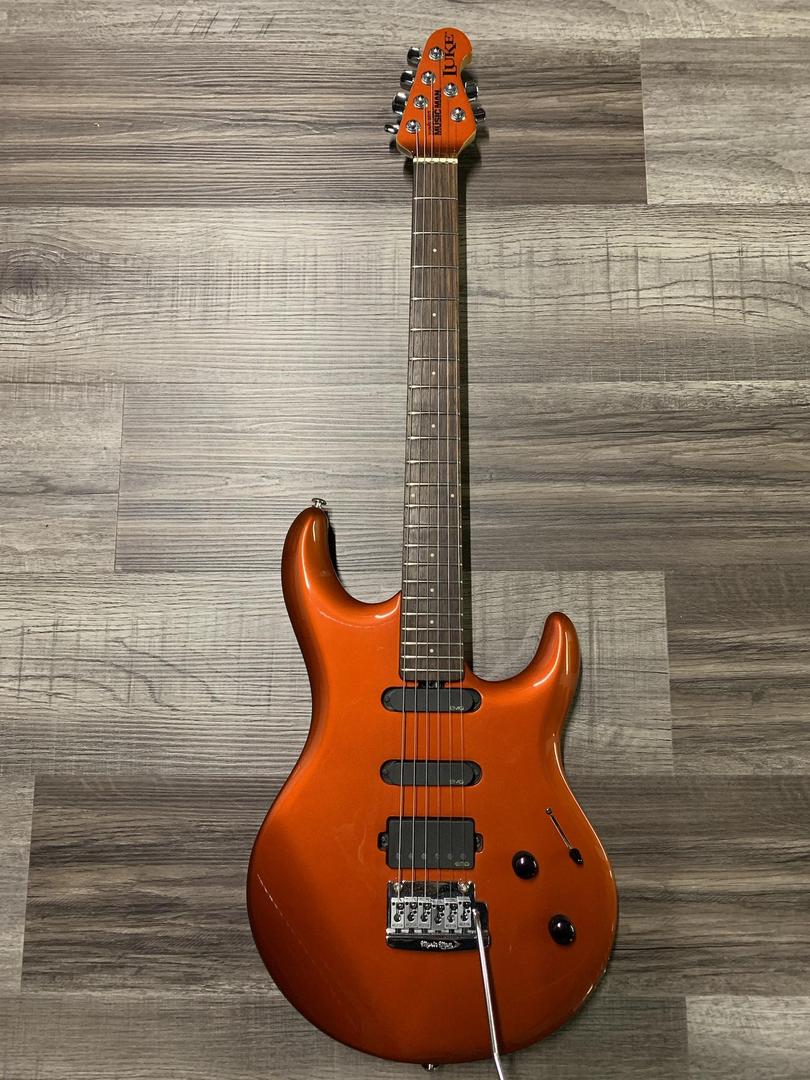 The Lava Pearl color is awesome, much like any of the other Music Man pearl/flake finishes. The curvy Luke body shape really accentuates it; don’t think I’ve ever seen a color on a Luke body that I didn’t like. 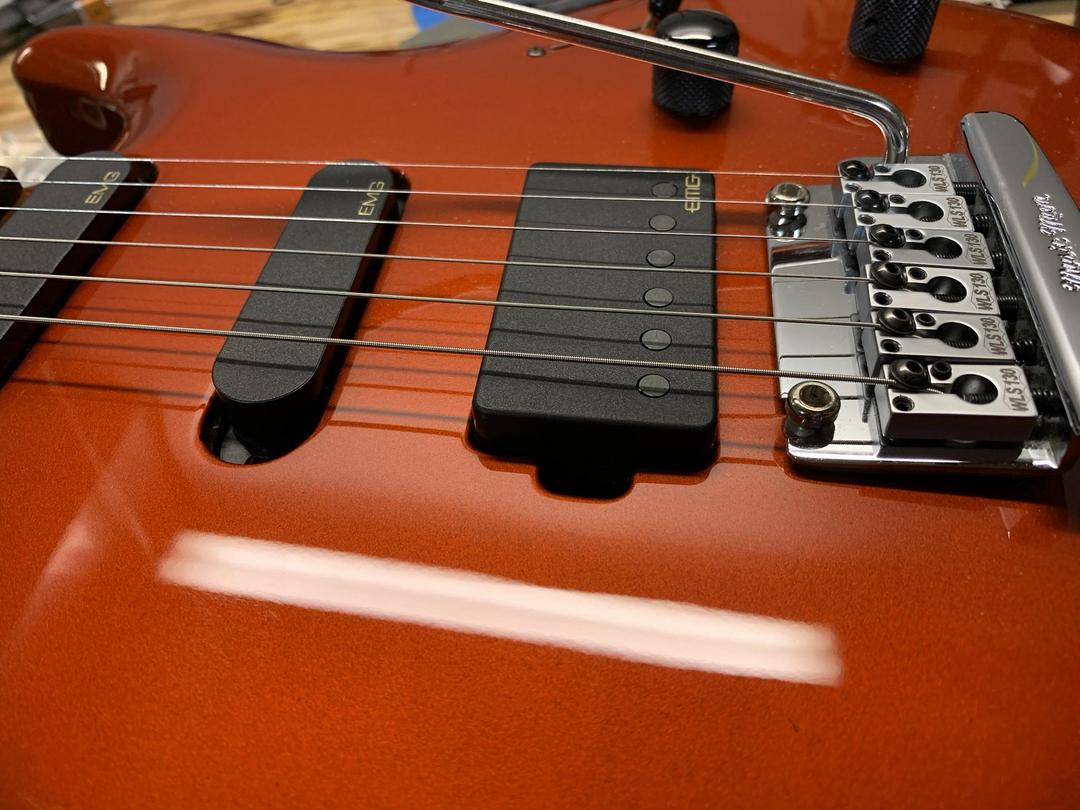 This particular Luke came with a couple of upgrades. The bridge pickup was switched from the standard EMG 85 to a EMG 57 with exposed pole pieces. It’s been so long since I had a guitar with an 85 that I can’t recall how it sounds in comparison to the 57, but Ive got no complaints.

Second, the factory saddles have been swapped out with the locking Wilkinson saddles that have become pretty popular over the past couple of years. These are really well made; I’ve got an extra set that I ordered and tried out on a guitar for a while. Ended up trading that guitar off but I kept the Wilkinson saddles since they’re kind of hard to get right now. I’ve been meaning to swap those saddles over to one of my MM trem guitars but all of them seem to stay in tune just fine with the factory saddles!

First thing I did when I got the guitar was do the cap / resistor mod that Kimonostereo posted about several years ago. It lowers the volume of the bridge humbucker only in position 2 on the switch so that it blends with the middle pickup better for that “quack” sound. Did this on my last Luke as well; this should be a mandatory mod for all Luke owners! 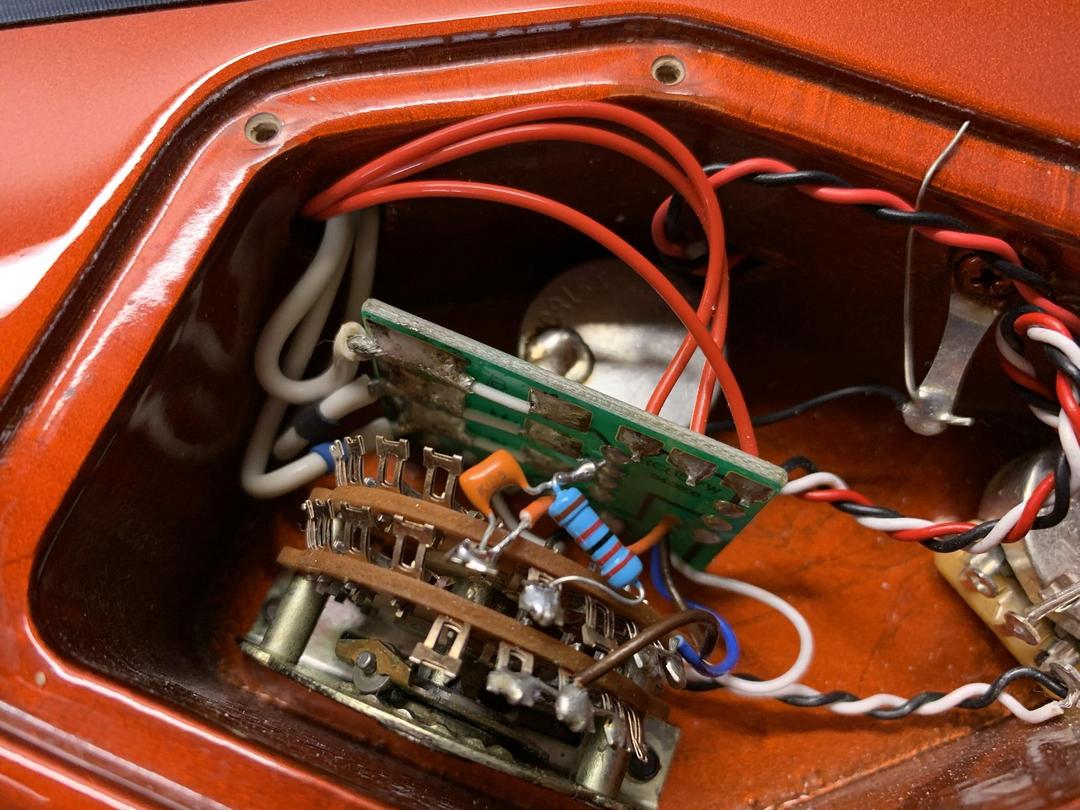 Something I noticed while comparing the photo of my last Luke; the control cavity on this guitar (a 2007 model) is recessed. My last Luke was a 2011 and had the non-recessed control cavity with the textured metal cover. Anyone know roughly when the change to the non-recessed cavity happened? Was this across the entire line on other models? My 2000 Axis Sport has a recessed cavity as well.

Here’s a group shot of the stable. 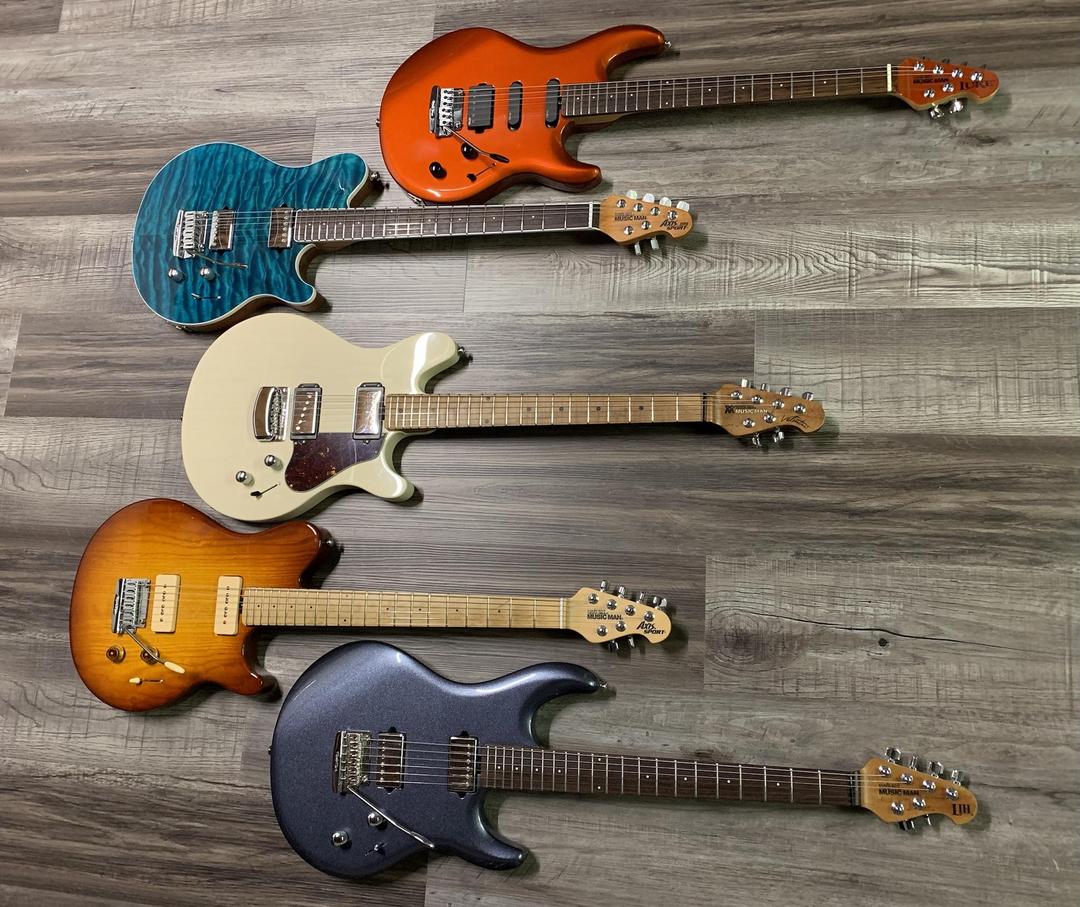 It’s all your fault Foggy…. Strap in….