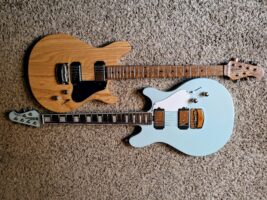 After getting the natural on a whim I found that it had quickly turned into my favorite for just about any application I found myself in. Eventually, anytime I was playing a guitar in the store I was comparing it to the Valentine I had at home rather than the unplayed Luke 3 and PRSes despite how fantastic they all sounded.

I spent a lot of time looking for a HH that would match it for feel (including almost getting a Cutlass a few times) because I’m not really into having multiple versions of the same guitar. Eventually I had to admit that the easiest path was getting another Valentine and doing a pickup swap.

When I ended up trading away my Luke 3 recently I managed to find my way into a powder blue BFR Valentine. This particular run doesn’t seem to have sold very well but it’s always been my favorite behind the natural and the mahogany/okume BFR version. I don’t see myself finding the latter anytime soon and I’m delighted to have ended up with this one.

Now I just need to decide what to put in. SD Seth Lovers or BKP Mules are tempting, as is the idea of putting in Lollartrons for a Cabronita style Valentine. Fluence Classics would be the go-to but I’m building a maple/ash HSH Strat right now which will have those and I’d like something a bit different.

Here are the necks of the two for comparison: 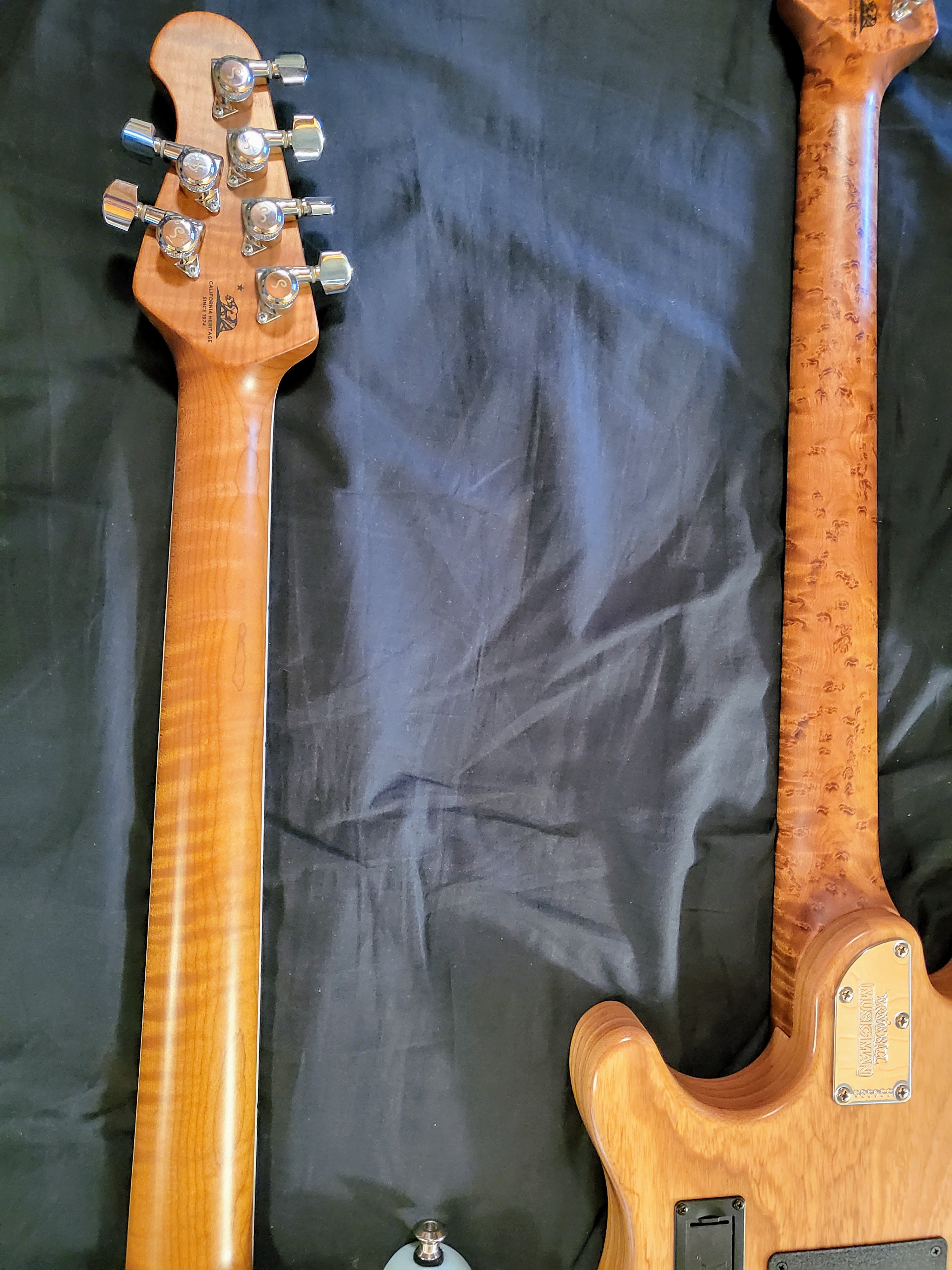 Question for luthiers/wood/pickup experts and enthusiasts