Took a little drive this afternoon to meet up with a dude who had this rarity listed on FB. He’s a fellow MM nut and I traded a Luke for this Reflex.

I’d never heard of this band, but this color scheme was apparently made for Dustin Bushnell of The Dirty Heads. This one was made for an Ernie Ball giveaway about 5 years ago, and the guy that I got it from was the winner (why can’t I ever win a promo like that??). It spent the majority of its life in the case under a bed. It’s dead mint down to the original strings. It’s got the “Custom Made” neck plate along with Mr. Bushnell’s signature on the top.

Like I said, never heard of the guy but I love the color scheme. It’s really neat how the binding matches the white stripes on the top. As much as I’d like to preserve the originality of it though, I’m not really keen on the sharpie scribble on the top. I may take the orbital buffer to it eventually. 😮

In typical 25th/Reflex fashion, it plays like a dream and just seems to sing. I owned a 25th a couple of years ago and I don’t know if it’s the hardtail that’s making a difference, but this one just seems to ring out a lot more than my old 25th did. 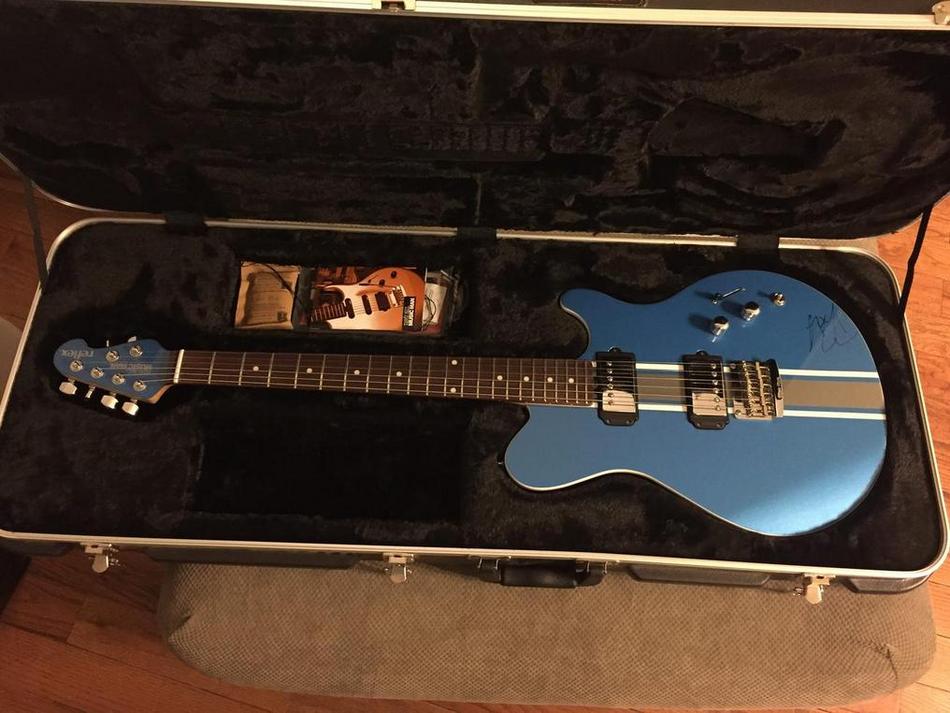 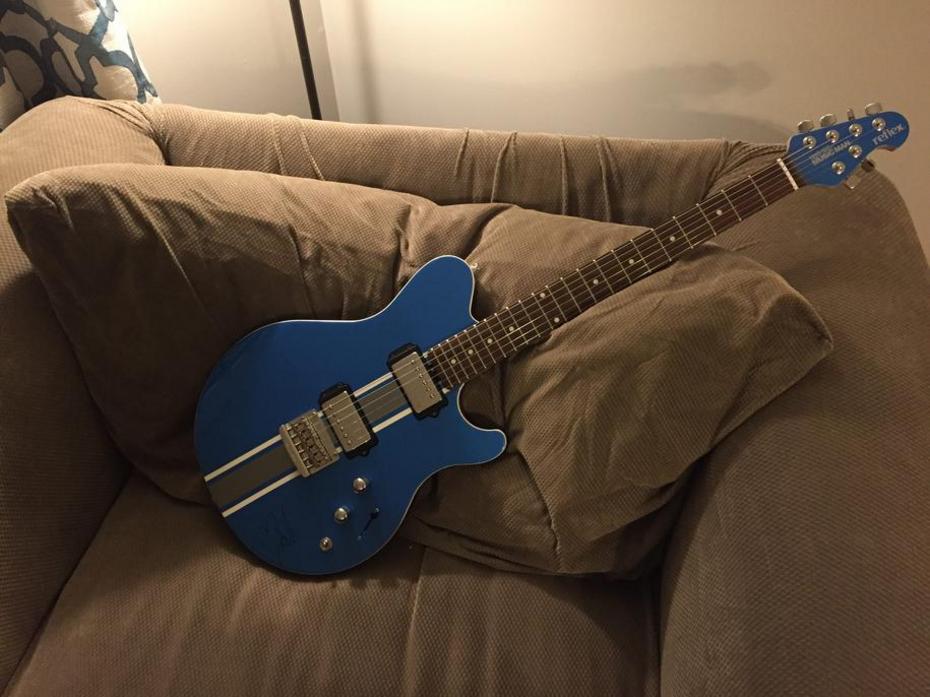 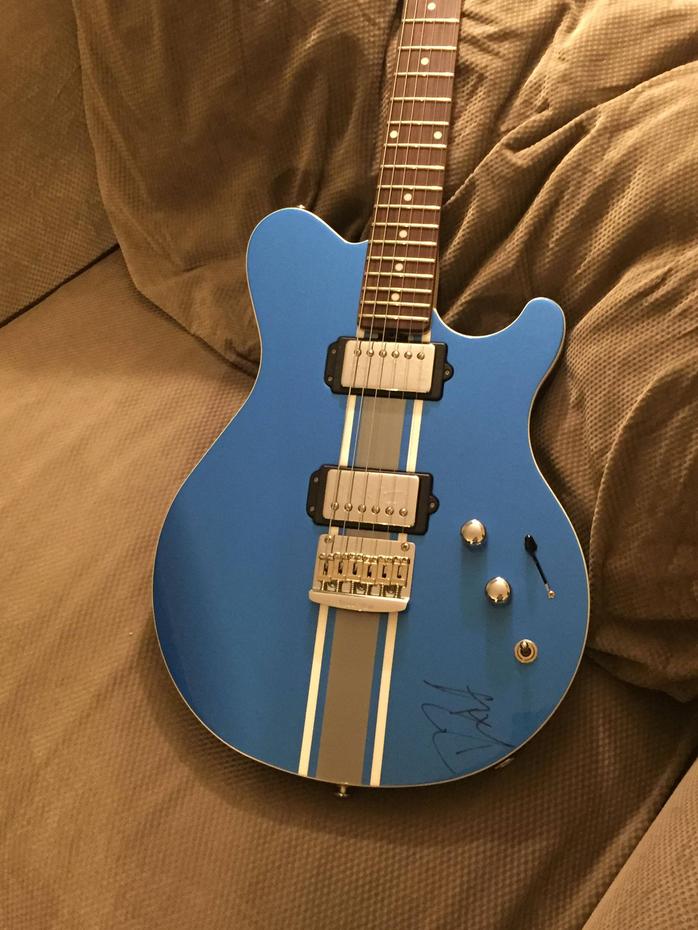 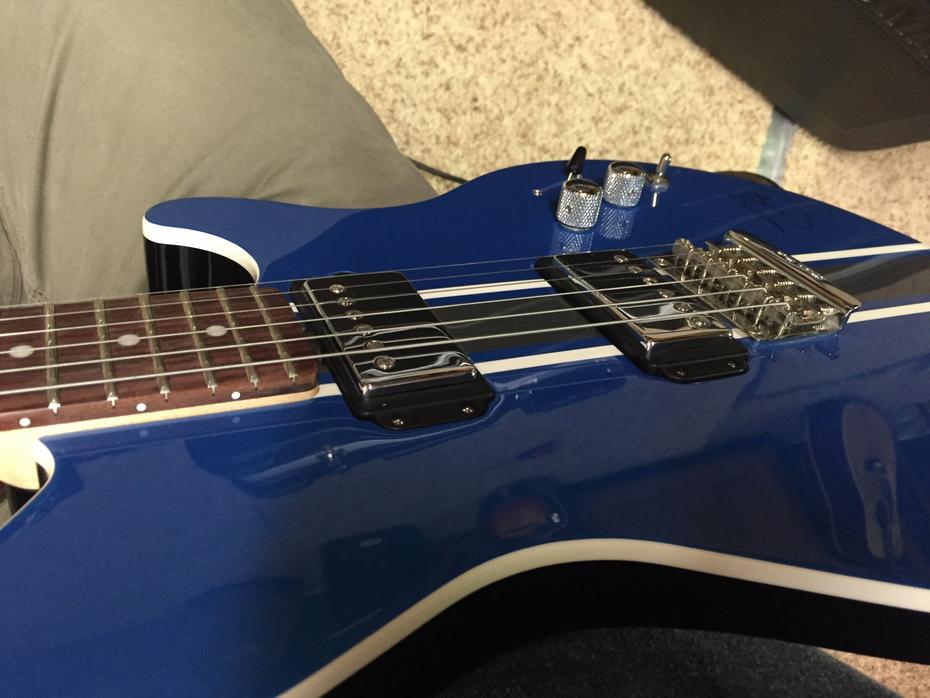