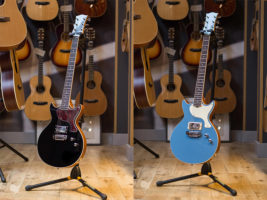 Blackstar Amplification’s surprise announcement that it was joining forces with veteran UK guitar brand Gordon Smith has born fruit with the announcement of a revised range of ‘classic’ Gordon Smith models. Still made in the UK, though now in Northamptonshire, the good news for fans of these traditionally styled electric solid bodied guitars is that despite being handmade and featuring UK-built pickups, they are selling at equally traditional Gordon Smith price levels. A basic single cutaway poplar bodied and necked GS1-60 Heritage retails at a suggested £699, representing the entry point to the new range.

Dubbed the Gordon Smith Heritage and Special Edition models, most feature the stripped-down approach that made the brand so popular from its introduction in 1974 – solid bodies (poplar, mahogany and cedar, depending on the model) rosewood fingerboards (some with maple) for the most part with either P90s or split coil humbuckers, Tunomatic style bridges and familiar shapes. 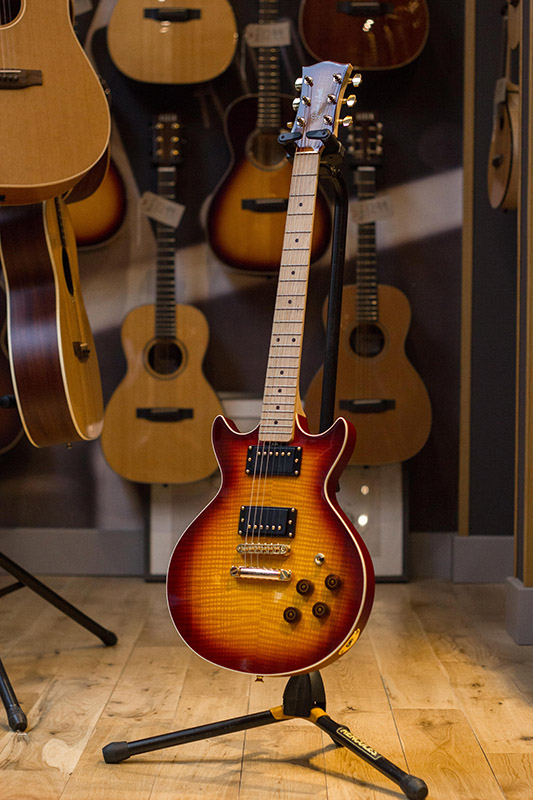 Top of the range is the Graduate Heritage which boasts a mahogany body with a pomelle top, mahogany neck with ebony fingerboard, twin humbuickers and gold hardware. It will sell for RRP of £1,299, including a hard case.