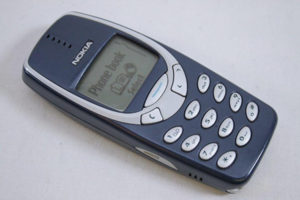 Dinosaur brands – a lesson from the camera trade

I’ve said it before, but the camera business has always struck me as a close parallel to ours. Unlike the MI trade, cameras are purchased and used more by the general public than are musical instruments, but the core of the better end of their business is, much like ours, populated by enthusiasts – for the most part male, spending sometimes enormous amounts of money to subsidise their ‘passion’, as they like to call hobbies these days.
The most worrying aspect of the similarity between the two industries has been the death of the British camera shop (now there’s a title for someone’s Business Studies doctoral thesis). Where once upon a time every town had a decent camera shop, we have now reached the point where even the chains that once helped drive the independents out of business have largely gone. It was a timely death, you might think, too, as the actual cameras themselves have been been replaced in many families by the smudges smartphone users like to kid themselves are ‘just as good as I used to get from my Canon’. Mercifully, MI hasn’t had to face having guitars replaced by iPads, though the drum trade got pretty close with drum machines for a while and hasn’t exactly been saved from the sword by the advent of electronic kits.
But there are more lessons to be learned from the photographic trade, I would suggest, than the death of its retail backbone. Another interesting phenomenon has been the demise of its once proud brands. This thought was precipitated by news that a company called Bowens went under in July this year. You may never have heard of Bowens, but it was a serious outfit and its loss is significant. Founded in 1923, the British manufacturer was a pioneer in lighting equipment and has collapsed after 94 years as a major supplier to the professional end of the business. ‘OK’, Pollyanna will say, ‘one business goes under, so what?’ Well, the, ‘what’ is that Bowens was a market leader in its field and had been for decades. What killed it? According to chatter on the interwebs, the fact that Chinese companies took its designs and sold them for 2p each.
The lesson I would take from that, to borrow Lord Denning’s parlance, is ‘be you ever so high…’ brands can fail. And if you doubt me, sticking with the camera business, think of Kodak. The music industry hasn’t a single brand that penetrates people’s lives as the once mighty Kodak did, and to Kodak you can add the now zombied Polaroid. Still, not convinced? Well, from neighbouring industries, remember TDK the once all-conquering tape manufacturer? (if necessary ask your granddad what ‘tape’ was) or, a little more current, how about Nokia?

It’s true that Nokia, Kodak, TDK and Polaroid have managed to stagger on like extras in a George A. Romero movie, but you take my point, I’m sure. Also, what actually done for ’em wasn’t just business ineptitude but technological advance, but then you might say the same about some of our amplifier companies, who are looking unable to reinvent themselves in these days of guitarists turning up to gigs armed just with a guitar and bag of pedals. You can spread your brand as thin and wide as Stork margarine as a way of staying alive, but how long will that last if you have nothing to reinforce the core image?
Sometimes, of course, brand revival works and this industry, as I’ve said before, has seen the most Lazarus-like performance I can think of, in the way Korg has resurrected Vox, but by and large, when a brand is dead it stays that way. I do hope some of our industry’s brand custodians realise this.
Back to the camera world for a final thought, the pundits are now eyeing the thermals over one of the best brands it has had, Pentax, to see if they are strong enough to support a flight of vultures. To me, it seems almost inconceivable that a company as long established and respected as that could be under threat, but many believe it to be – and that has the habit, of course, of being a self-fulfilling prophesy as people avoid buying from doomed brands, as they cross the road to avoid catching the flu.

So, to cut to the chase, if you were sitting next to me on a branch somewhere in the Serengeti, contemplating your next lunch, who do you think we’ll be pecking at next? Off the top of my head I can think of several drum/percussion brands (that was easy) at least four amplifier makers and, given that we vultures have long lives (it’s the healthy diet, apparently) quite a few acoustic guitar brands once the boom starts to fade and even, whisper it not, a few electric guitar lines that really aren’t doing very much to ensure their longevity. And that, rather than schadenfreude (enjoyable though contemplating someone else’s downfall might be), is the point here. Even while some of the dearly departed above were wrong footed by technology and accepting that can be damned hard to get around, most of the companies who went under fundamentally did so because they were arrogant. They thought they were ‘too big to fail’ and behaved accordingly. Well, if a Kodak or a Nokia can fall of the perch, so could some of those who dominate our industry.
Personally, as I am one of those who believes that over-supply is a curse of the MI trade, I’m inclined to say ‘serves them right’. We are going to need lean, hungry and smart mammals to survive this century, not dinosaurs who will drag the industry down with them, as they slide into the swamp.

The post Dinosaur brands – a lesson from the camera trade appeared first on Music Instrument News.