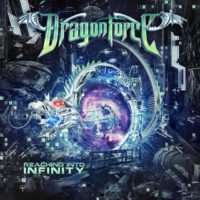 DragonForce have premiered a new song, “Judgement Day.” The track is from their upcoming album, Reaching Into Infinity, which will be released May 19 via Metal Blade Records in the U.S.

But wait, there’s more! The band also has premiered a video; it’s a live performance of their classic track “Operation Ground and Pound” that’s included on the CD/DVD edition of Reaching Into Infinity. You can check out both below.

“I think we’ve proven that playing fast was something we were good at, so this time I wanted to bring even more diversity into our music,” Frederic Leclercq [bass] says about the new album. “It’s great to challenge ourselves instead of staying in a comfort zone, and I really wanted to experiment with Marc [Hudson]’s vocals. I think people are going to be surprised at his brutality.”

Fear not, guitar fans; the album is packed with mind-blowing fretwork courtesy of Herman Li and Sam Totman.