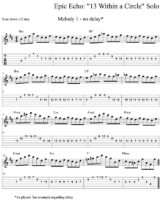 Back in the day when us budding guitarists were trying to learn tunes and licks from recordings, there weren’t any Youtube tutorials, isolated tracks, on-pitch time shifters or online tabs… nothing. All we had in our world were our ears and hopefully a really good guitar teacher to point us in the right direction.

I remember, early on in my playing, coming across certain guitar licks that sounded almost physically impossible to play. They were just too smooth sounding, with notes in incredibly intricate sequences.

My first exposure to this sound was on Yngwie Malmsteen’s iconic “Blackstar,” during the improvised solo directly following the acoustic intro. I simply had zero idea how this was done. Van Halen’s “Cathedral” also had this sound.

Luckily, one of my guitar teachers knew exactly how to get it and told me it was produced using a delay pedal, but the notes had to be played in a certain rhythm and tempo with the delay to achieve the effect. So I ran out that day and got a delay pedal, it ended up being the BOSS DD-2, the world’s first digital delay in a stompbox form.

That incredible echo sound was achieved when playing straight notes, like a basic quarter note pattern, but timing it so the 1st “echoed” note would fall in between the 2nd and 3rd played note, creating a dotted 8th note rhythm (not an exact analogy, but think a horse’s gallop/”William Tell Overture” type rhythm).

Now for the solo on MaelstroM’s “13 Within A Circle.” I employed this echo technique with a “call and response” arpeggio—scale—arpeggio—scale motif.

How To Calculate the Delay Setting:

The tempo of the solo section is approximately 146 BPM. Keeping that tempo in mind, here is the formula to get the desired dotted Eighth “Cathedral” echo effect.

Take 45 and divide by your BPMs (in this case 146), and the answer is your delay setting in milliseconds.

The “13 Within A Circle” solo is in B min with alternating arpeggios and scales in a simple i—V—i—V progression. It eventually modulates to B maj for a patented Bach cycle of 5ths: a B Maj, E min, A Maj, D Maj pattern, and concludes with a Beethoven inspired G Maj, B min, B dim/F, F# maj progression. The B dim/F is substituting for a C# dom 7th, (which would be a secondary dominant in this case) and adds a nice tension and resolution for the whole progression.

I’ve notated the examples as dotted 16ths instead of dotted 8ths. I know… I talked about dotted 8ths all along, but don’t let this confuse you, it’s really just based on what you consider the quarter note BPM (146 or 73) and since this solo section is actually the half time “breakdown” of the song, I’ve decided to notate them as 16ths. If it makes you feel better, pretend they’re dotted 8ths. The formula for dotted 16ths is 22.5 divided by your BPM, so in this case 22.5 / 73 = 308. It’s the same thing.

Inspired by Death’s Chuck Shuldiner, the first part of the rhythm is very reminiscent of “Cosmic Sea,” from their groundbreaking album, Human. The rhythm guitar then starts a descending bassline, outlining the aforementioned Bach-like cycle of 5ths pattern in B Maj with the bass notes descending, and an ascending chordal “melody” counterpoint.

The “dotted 8th” Echo Technique is great to experiment with and can open up sonic doors for you that may have been previously closed. The key is to lock your playing with the delay time. Check out the examples I mentioned earlier by Gilbert, Bettencourt,  etc as each one is another “take” on this amazing technique. See you next lesson. 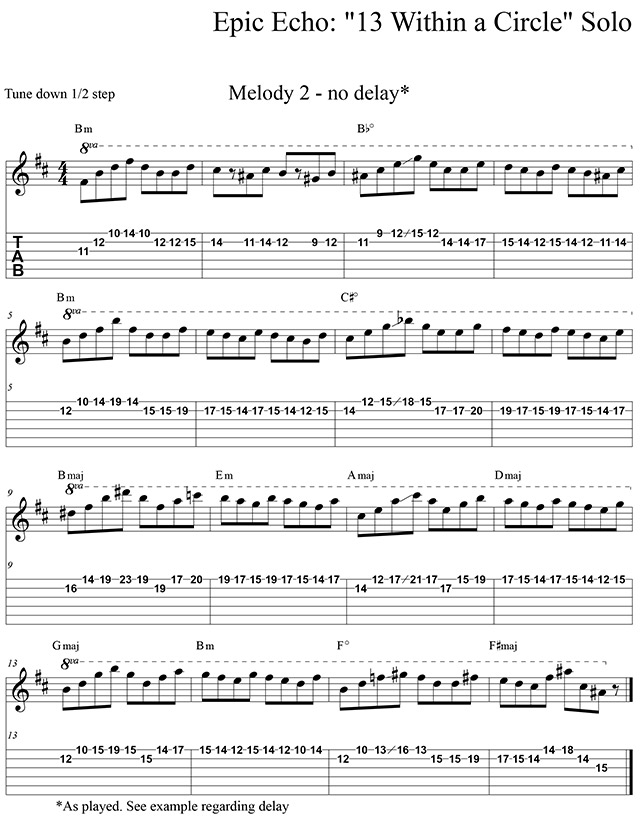 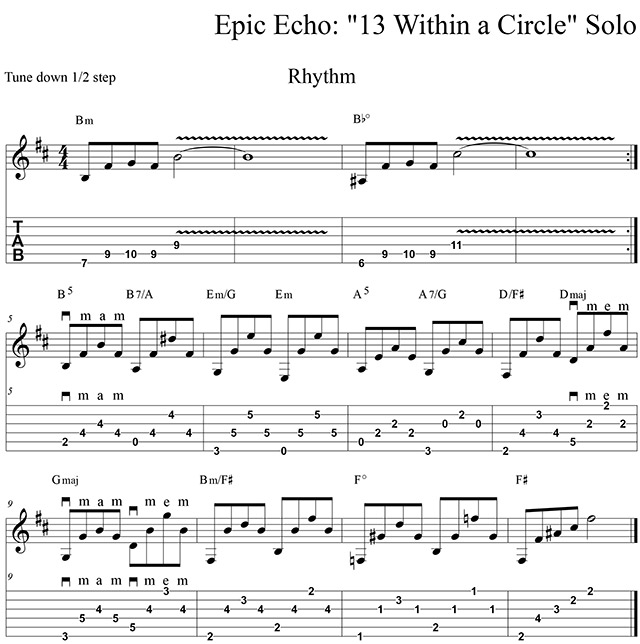 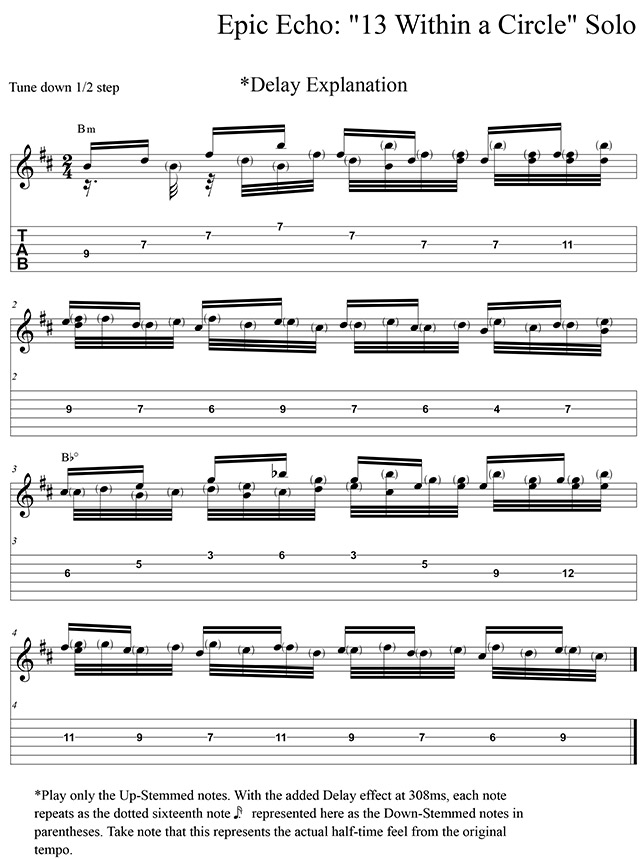 Joey Lodes is the guitarist in MaelstroM. He has lectured at Juilliard, was selected to perform at the Guitar Gods Festival in 2016 with Steve Vai and Yngwie Malmsteen—and his guitar work has been included in courses for TrueFire.com.