Matt worked closely with Epiphone luthiers to create a collection of guitars that is made for metal. The Matt Heafy Les Paul Custom Origins Collection is available in 6 and 7-String versions, in both Ebony and Bone White, and each guitar is also available in right and left-handed versions. The Matt Heafy Les Paul Custom Origins and a Les Paul Custom Origins in 6 and 7-String models. Each guitar features a pair of Matt Heafy’s Fishman Fluence® Custom Series Signature Humbucker pickups that deliver three distinct tones – two standard Modern voices, and one crystal clear single coil tone. These tonal options are selected with push/pull volume and tone pots. The maple-capped mahogany body has modern weight relief for hours of comfortable play, and the mahogany neck has a fast-playing SpeedTaper D profile and a contoured heel for exceptional upper-fret access. Gold hardware, including locking Grover® Rotomatic® tuners with Tulip buttons, and classic Les Paul Custom cosmetics make this a standout guitar on-stage. Available in Ebony and Bone White gloss finishes, a custom hardshell case is included. 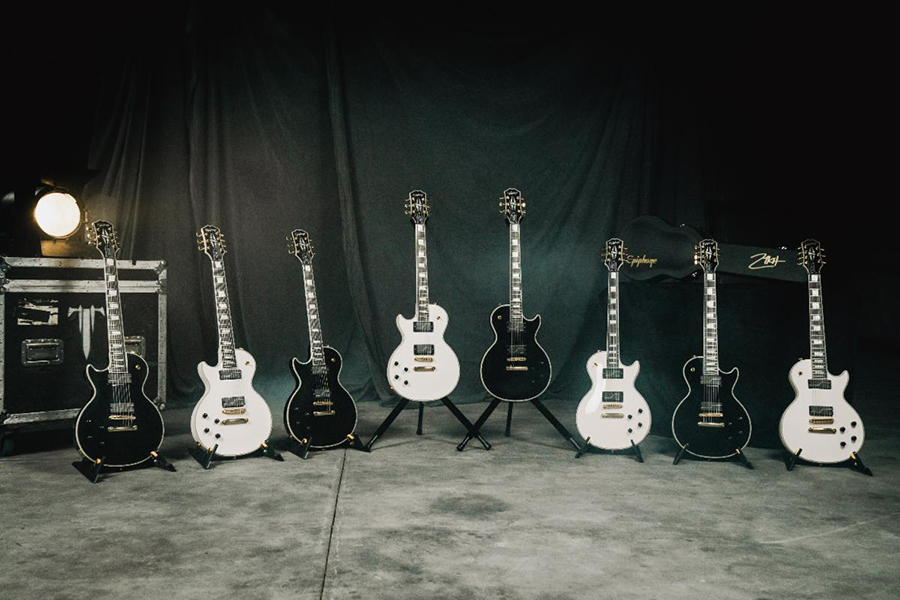 In addition to global tours with Trivium, Heafy has launched a new solo project, the black-metal influenced Ibaraki, who released their debut albumRashomon on May 6. The album was inspired by Heafy’s Japanese heritage, drawing from Japanese mythology and folklore and features Nergal of Behemoth, and Gerard Way of My Chemical Romance, in addition to Ihsahn of the black metal band Emperor. Catch Matt Heafy on tour with Trivium in following cities: https://www.trivium.org/tour.