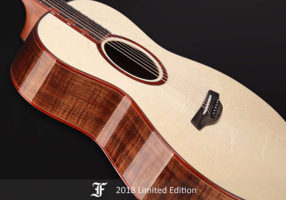 Furch Guitars, has announced a limited edition of acoustic guitars for 2018. The Furch Limited 2018 is an all-solid woods premium six-string guitar which Furch says is made from exotic tonewoods of the highest quality grade that provide the instrument with an exclusive appearance and: ‘…an exceptional, colourful sound’.

As in previous limited edition Furch guitars, the soundboard of the Limited model features a master grade Alpine spruce. Furch says: ‘The way our master luthiers have designed and tuned the top plate reflects dozens of years of ongoing research and development, thanks to which Furch has achieved an optimal balance of volume and dynamics across the entire tonal spectrum. The back and sides are made of Tasmanian Blackwood (acacia melanoxylon), which complements the spruce top in producing a strong, warm, and harmonically rich sound with slightly pronounced midrange frequencies’. 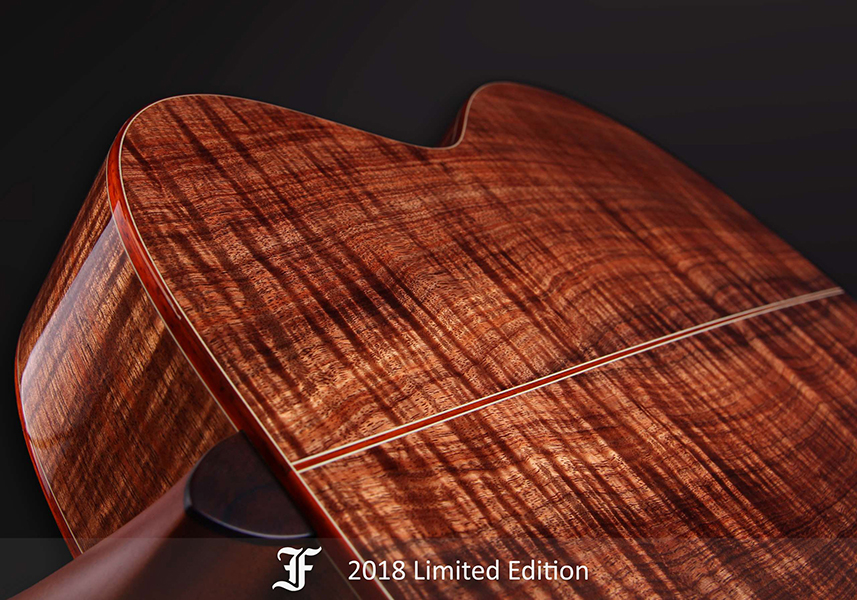 Apart from blackwood, the guitar’s exclusive look is enhanced by two other exotic wood species. African padauk is featured in the binding, rosette, soundboard inlay, and unconventional rectangular fingerboard inlays that help the player with orientation, together with original linear side position markers made of mother-of-pearl. The fingerboard, the bridge, and the headstock overlay are made from ziricote.

The guitar’s striking appearance and acoustic qualities are underscored by an ultra-thin (160 µm) layer of consistent high-gloss UV finish, which Furch says enhances resonance and provides maximum protection at the same time. 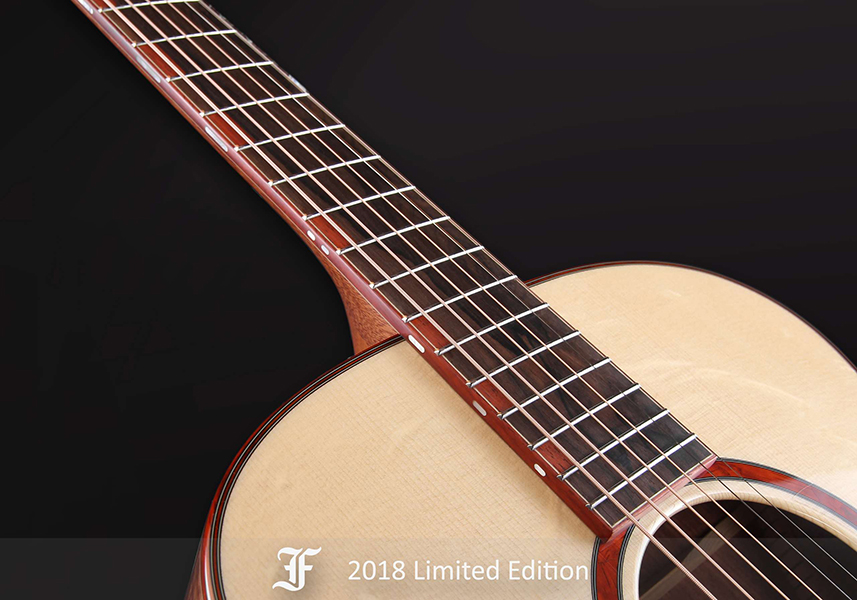 Production of the Furch Limited 2018 will be limited to 75 guitars. ‘The model will feature the OM body shape with no cutaway to take maximum advantage of the acoustic characteristics of the tonewoods used in its construction. As was the case with previous limited edition models, the quantity of produced guitars is final, and the same design will not be used in any model made in the future,’ the manufacturer says. Furch Limited 2018 guitars will be available in stores in September.