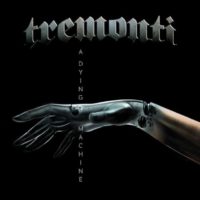 Two months after the announcement of their fourth album, Tremonti—the trio composed of guitarists Mark Tremonti and Eric Friedman and drummer Garrett Whitlock—have premiered the lyric video for the album’s first single and title track. You can check it out above.

For A Dying Machine—which is set for a June 8 release—Tremonti signed with Napalm Records. “I’m really looking forward to partnering up with Napalm again after they did such an excellent job promoting Alter Bridge,” Tremonti said about the move.

You can preorder A Dying Machine right here, and check out its tracklist below.