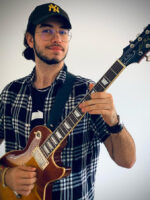 For 127 years, Gibson, the iconic American instrument brand, has shaped sound across generations and genres of music, becoming one of the most relevant, played, and loved guitar brands around the world. Music that inspired generational movements was written and performed by young artists with their Gibson and Epiphone guitars and Gibson is dedicated to developing the next generation of music creators with the Gibson Generation Group. A powerful two-year program, the Gibson Generation Group (Gibson G3), fosters a diverse new generation of young guitar-players, songwriters, and music creators across the globe. Today, Gibson has revealed the new Gibson Generation Group Class of 2023.
The Gibson Generation Group (Gibson G3) is a global collective of talented musicians who receive one-on-one career growth opportunities, mentoring and develop lasting connections in the music industry from the Gibson Leadershipand Cultural Influence teams. Gibson G3 members receive worldwide, one-of-a-kind performance opportunities with music superstars, brand, and festival partners, participate in global advertising campaigns, as well as create, and receive quality content and promotion to build their audience to hundreds of millions of viewers worldwide.
“We are excited to carry the momentum of the Gibson Generation Group forward with this new group of members,” says Jenny Marsh, Head of Gibson G3 Global Program, Gibson Brands Entertainment Relations. “We can’t wait to introduce them to the Gibson global fanbase. The Gibson G3 program keeps all of us at Gibson focused on our artist-first culture that is engaged and connected to music.”
Over the past two and a half years, Gibson has launched successful music initiatives built around their iconic brands, premium guitars, and amazing artists. Not to mention the initiatives that have re-energized the Gibsonfanbase and the music community including Gibson Artist Collections,Gibson TV, the Gibson App, Gibson Gives, and the newly opened cultural experience space the Gibson Garage in the heart of downtown Nashville.  Gibson will continue to work with the new Gibson Generation Group — Class of 2023 to promote their eclectic music to fans around the world.
Introducing the incoming Gibson Generation Group -Class of 2023:
Aaron Lerer (Paris, France)
Above: Aaron Lerer.
IG: @guitaaron_
Tik Tok: https://vm.tiktok.com/ZMdpEqYbd
Charlotte Milstein (San Diego, CA) 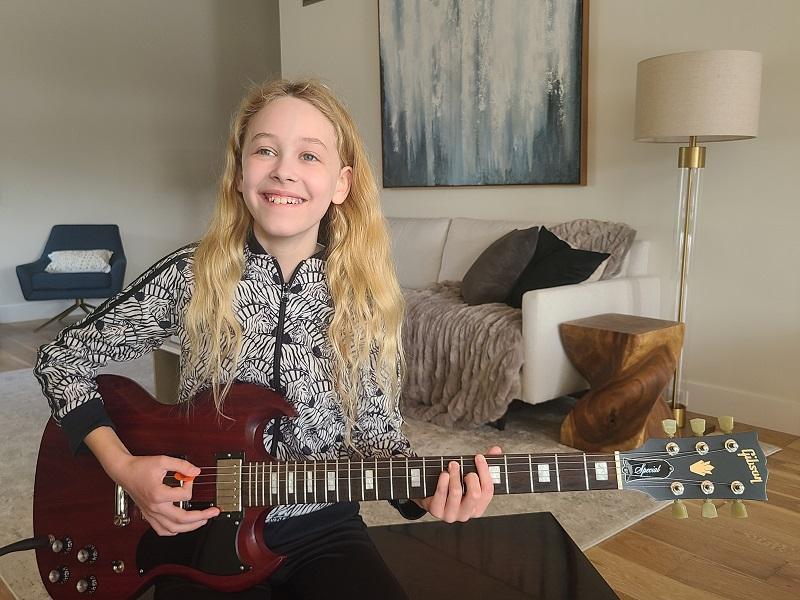 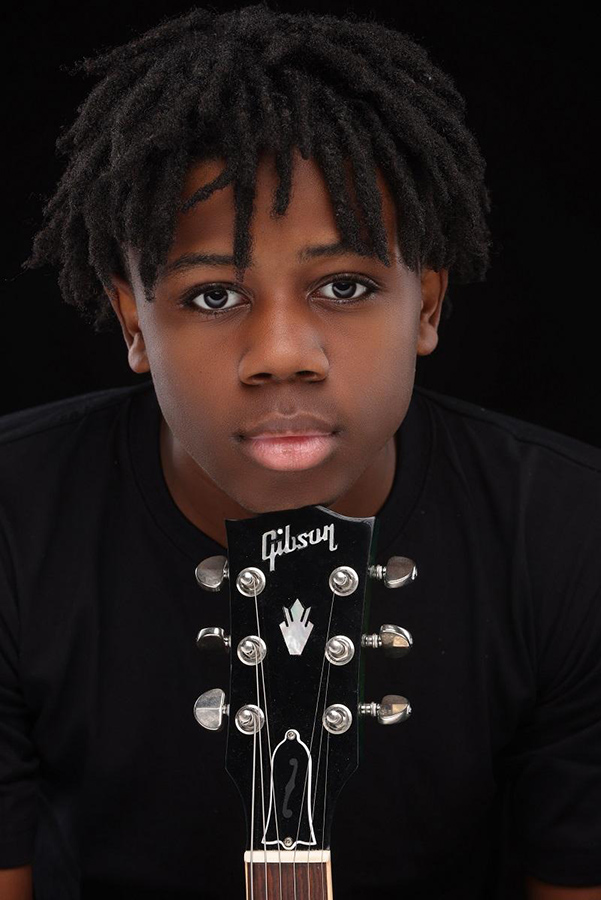 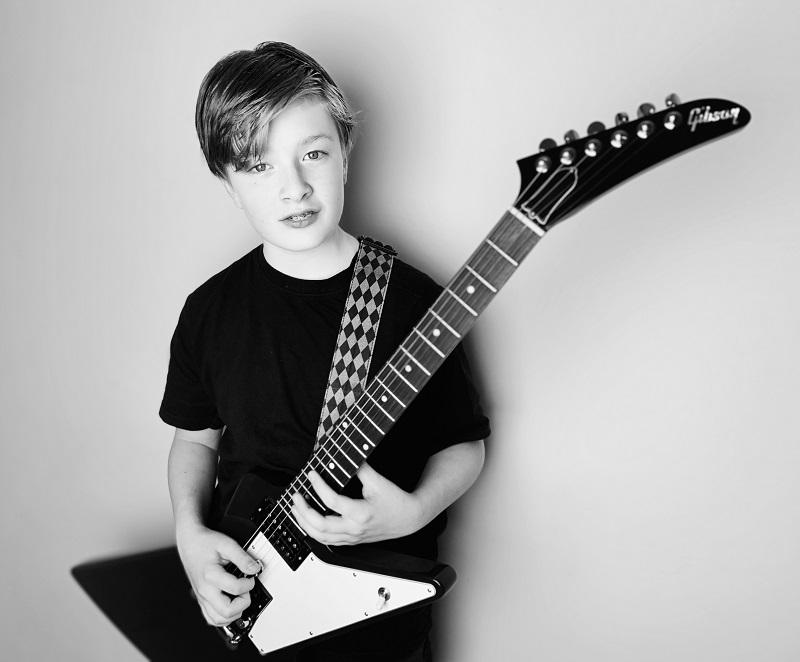 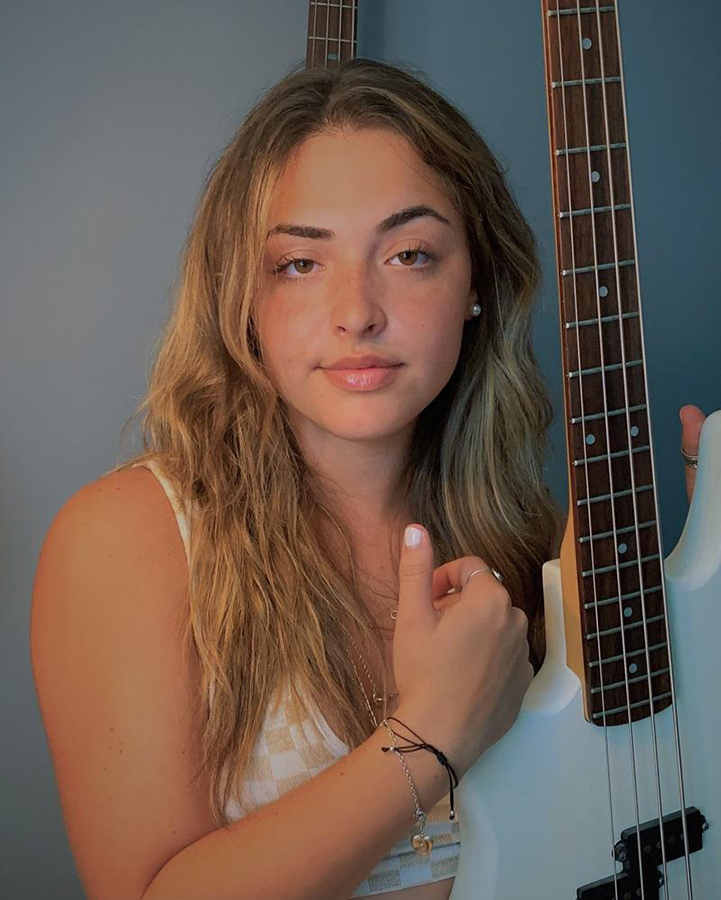 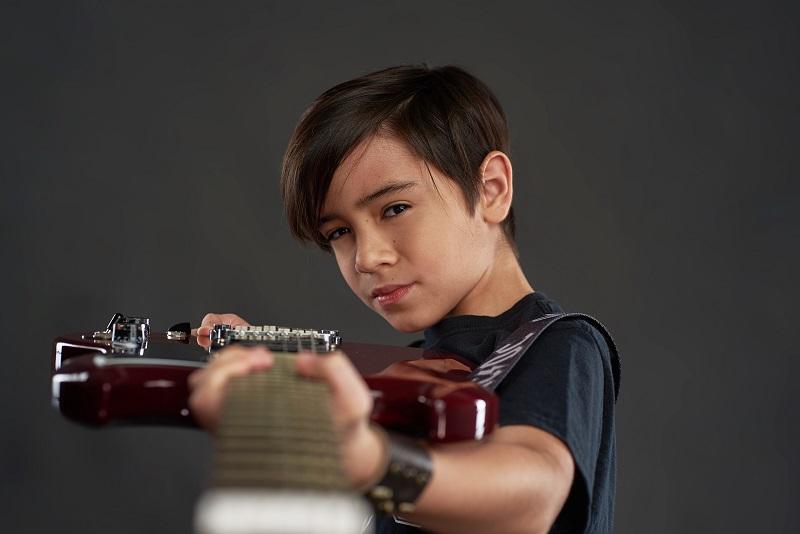 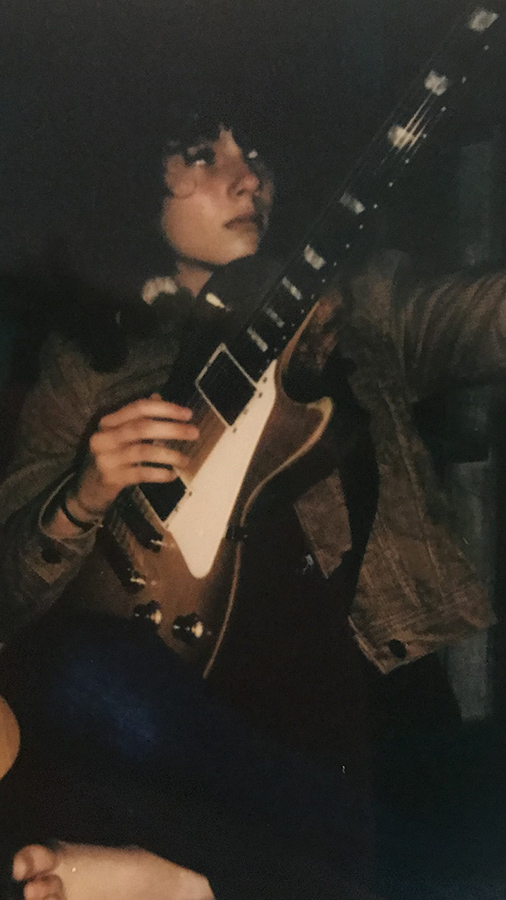 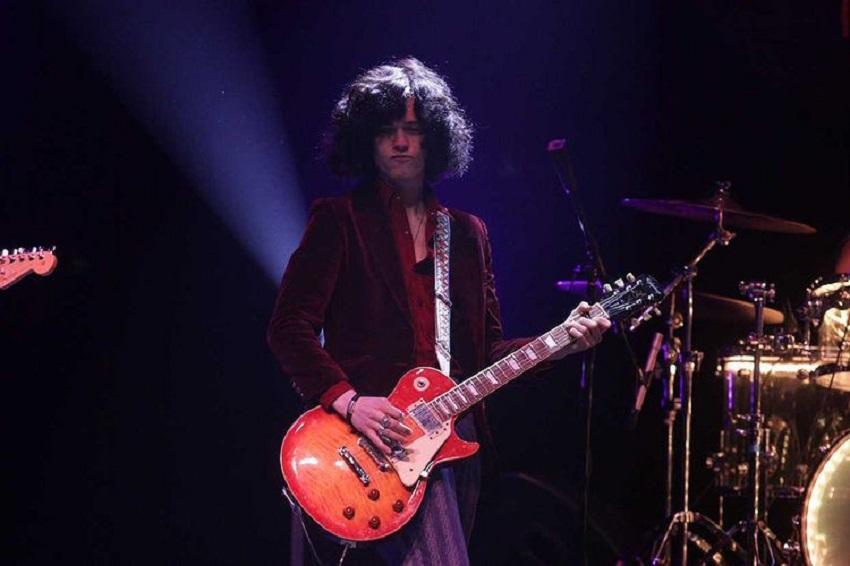 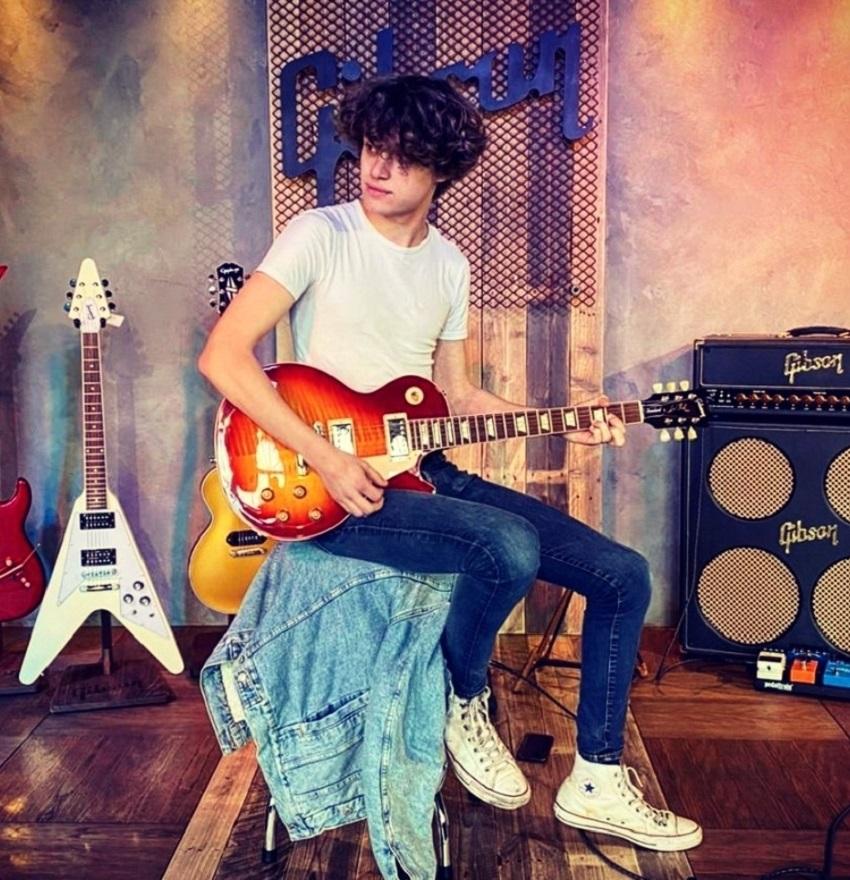 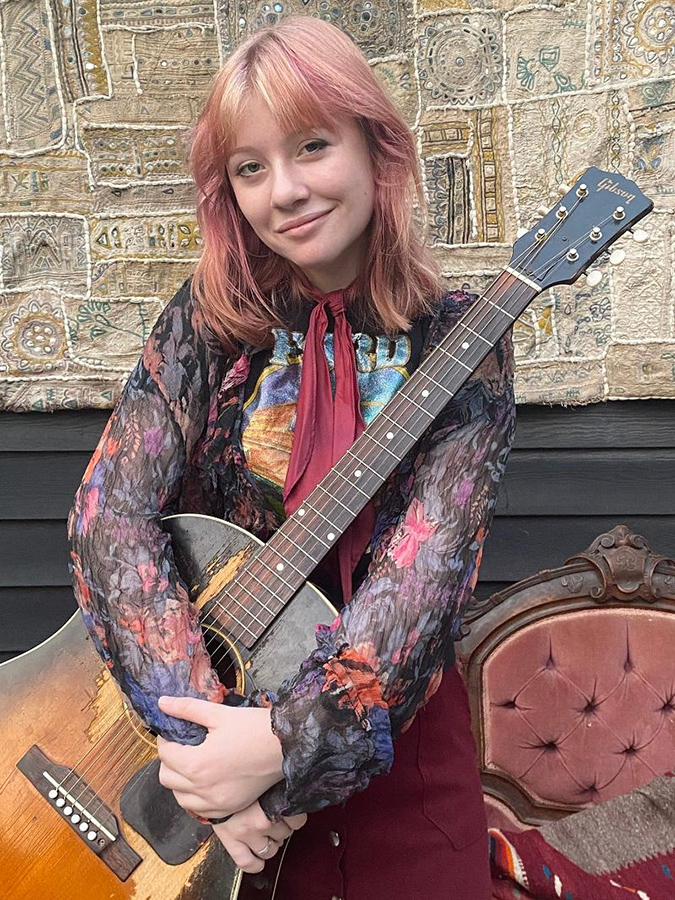 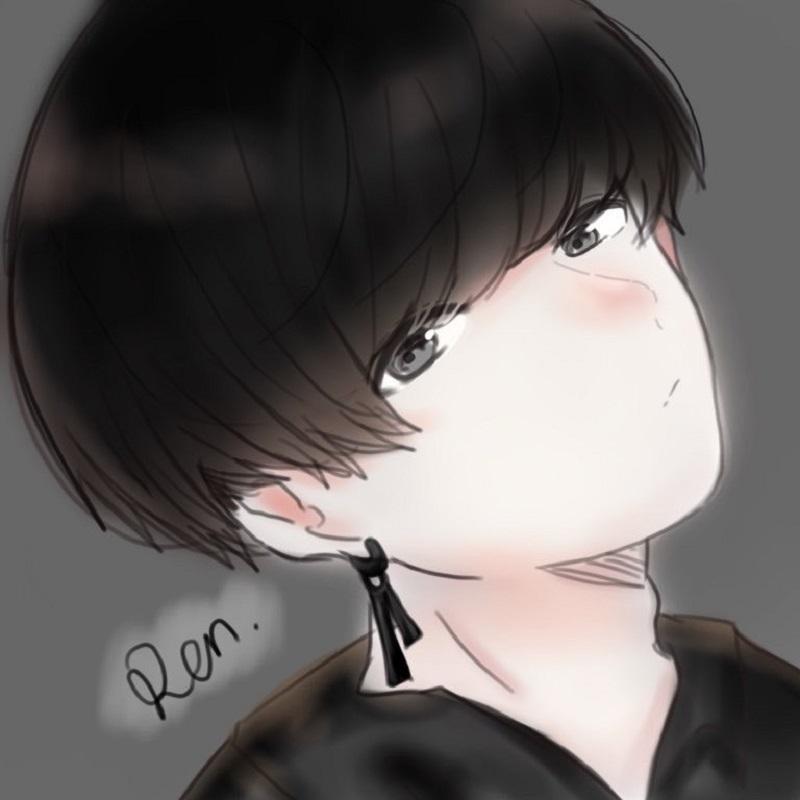 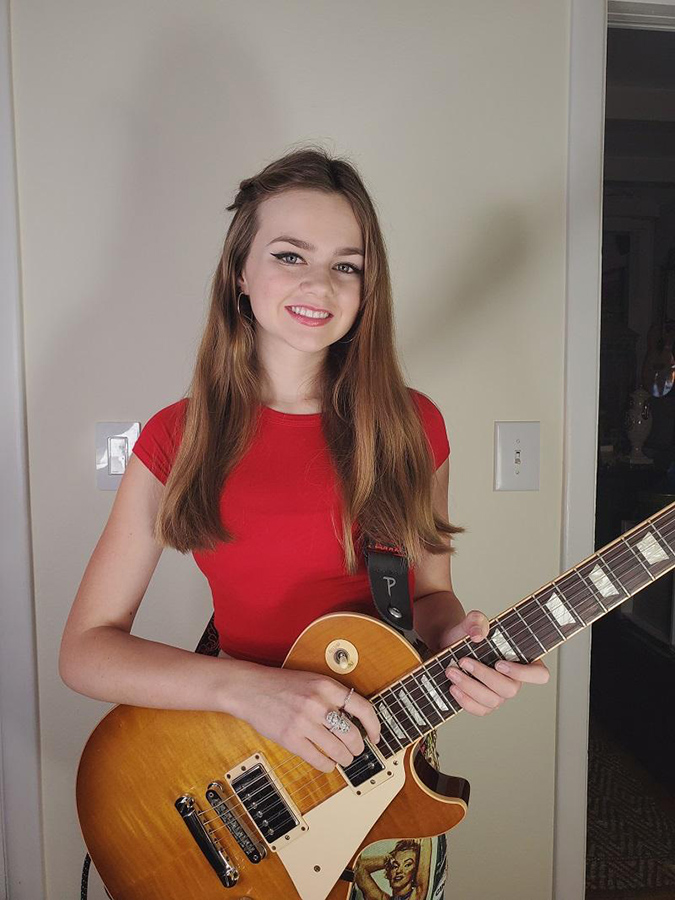 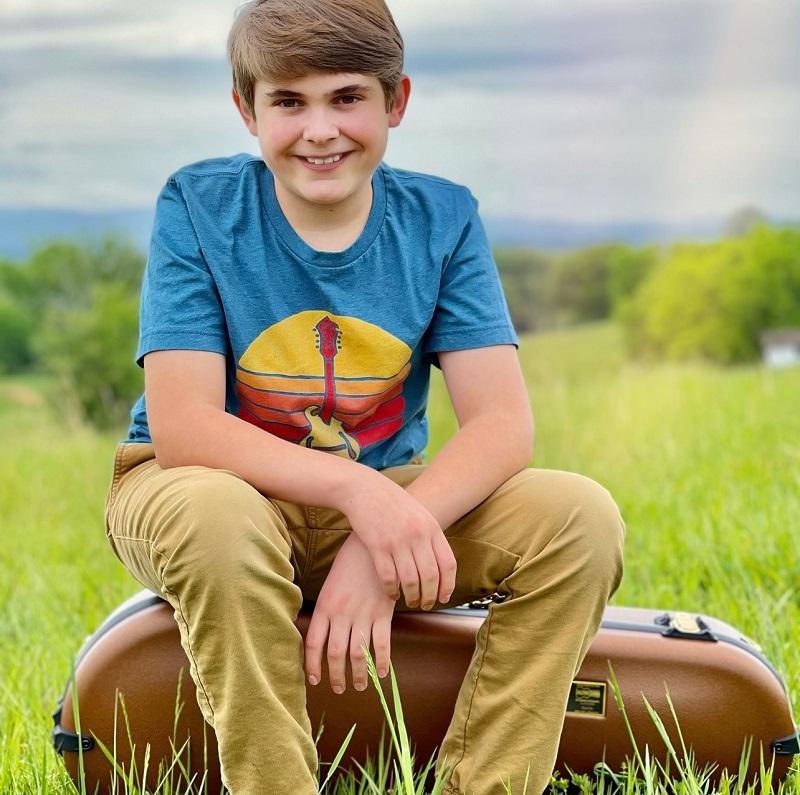 Above: Wyatt Ellis.
IG: @wyattellismandolin
YT: https://www.youtube.com/channel/UC4SbDjjwYfvs2_WNh9aGuxA
In mid-2019, Gibson launched the inaugural Gibson Generation Group — Class of 2021 which featured 18 musicians from diverse genres and spanned nine countries. Last month, the first-ever Gibson Generation Group class graduated in a virtual ceremony featuring original performances, as well as their experience and accomplishments as part of the Gibson G3 class(HERE).
Gibson Generation Group:
GIBSON GENERATION GROUP (Gibson G3)
About Gibson Generation Group
The Gibson Generation Group, or Gibson G3, is Gibson’s two-year, global mentoring program for a diverse new generation of guitar players, songwriters, and music creators. A global collective of talented musicians, Gibson G3members receive one-on-one career growth opportunities, mentoring, and develop lasting connections in the music industry from the Gibson Leadershipand Cultural Influence teams. Gibson Generation Group artists attain global, one-of-a-kind performance opportunities with music superstars, brand, and festival partners, participate in global advertising campaigns, as well as create, and receive quality content and promotion to build their audience to hundreds of millions of viewers worldwide. For more information on Gibson G3 and to apply, visit: http://g3.gibson.com/.
About Gibson
Gibson, the leading iconic guitar brand, has shaped the sounds of generations of musicians and music lovers across genres for 127 years. Founded in 1894 and headquartered in Nashville, Gibson Brands has a legacy of world-class craftsmanship, legendary music partnerships, and progressive product evolution that is unrivaled among musical instrument companies. The Gibson Brands portfolio includes Gibson, the leading guitar brand, as well as many of the most beloved and recognizable music brands, including Epiphone, which has been on every stage since 1873, Kramer, the original MADE TO ROCK HARD guitar brand, MESA/Boogie, the home of tone, and KRK, behind great music for over 30 years. Gibson Brands is dedicated to quality, innovation, and sound excellence so that music lovers for generations to come will continue to experience music shaped by Gibson Brands. Learn more at Gibson.com and follow us on Twitter, Facebook, Gibson TV, and Instagram.