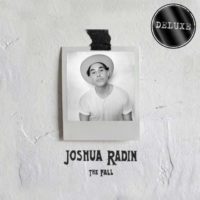 The album is a 10-track collection of Radin’s personal stories told with raw, tremulous vocals with soothing, heartfelt songs.

To the delight of his fans, Radin also has released a deluxe version of https://www.amazon.com/Fall-Joshua-Radin/dp/B01MAYTONX” target=”_blank”>The Fall, which features previously unheard acoustic versions of four songs from the album: “Falling,” “Diamonds,” “Still Spinning” and “High and Low.” You can hear all four tracks below, via our exclusive stream.

“Sometimes I like playing with a full band,” Radin told GuitarWorld.com. “But I wanted you to hear the band songs from my new album the way I wrote them. So here are [the acoustic tracks from] the deluxe version of The Fall. Hope ya dig!”

Radin has built a reputation as a journeyman musician and emotive and honest songwriter whose songs—which GuitarWorld.com called “uplifting and inspirational”—have been featured in more than 100 films.

In support of https://play.spotify.com/artist/7omzannyG2lfDqP5xyZo34?play=true&utm… target=”_blank”>The Fall, Radin will continue to tour throughout 2017, making stops in Europe and the East Coast. Keep a look out for more tour news later this year.

Reverb.com reveals the top-selling guitars on its platform in the last 90 days

Joan Armatrading: "When Mark Knopfler wrote Money For Nothing, he knew it was a hit. As the creator, if you don’t know, you need...