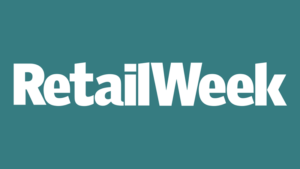 Money For Nothing – how cheap money is helping kill business

Cheap money is killing business? On the face of it, it sounds like a paradox. Low interest rates should be good for business, shouldn’t they? Customers get to borrow cheaply, which means they spend more, and we can borrow money to help grow our businesses. Then again, unforeseen consequences dog even Baldrick’s most cunning plans, and one of the unforeseen consequences of the western governments’ panic responses to the 2008 crash, ‘quantitative easing’ (aka printing money), is, I believe. helping fuel several of the major problems currently besetting the MI industry.

This train of thought was sparked by an email I received a couple of days ago from a retailer friend, who runs a very impressive, distinctly bricks and mortar, music store. It contained an article from the magazine Retail Week, an opinion piece by John Ryan, who focuses on an online mattress retailer, Eve Sleep, whose adverts you may have spotted on TV.

‘Today’s results from Eve Sleep make positive reading, as long as you are content to see widening losses’, the article says.

‘The phrase ‘castles in the air’ could be applied to the current performance of many online retailers – it is share price, not profits, that matter and it is this that will generate further funding. The interesting part, of course, about the Eve Sleep results is that revenues have more than doubled to £27.7m but, being online, it naturally made a pre-tax loss – of £19m. All’s right with the world, then.

‘Perhaps more to the point is the difference between online and offline as far as basic accounting is concerned.’

Ryan’s point is interesting and well made, though it doesn’t necessarily apply to online music sales outlets in the UK and Europe. After all, online retailer Gear4 Music is a listed business and apparently makes a profit, as does Thomann in Germany, while our industry’s biggest retail crash to date, Sound Control, was a bricks and mortar chain. But bear with me as I explore the effects of cheap money a little further. We live in a time when interest rates are pretty low and when returns from savings for those who have money are pitiful. As a consequence, people look around for somewhere they can get better returns than they can obtain by lending to a bank or a building society. That means property, or helping fuel the boom in prices, shares, ditto commodities and, in particular, into private equity companies who, I would argue, are doing serious structural damage to a lot of industries, our own very much included.

All the recent speculation about Gibson’s ability to pay its next loan instalments, the perpetual overhead circle of vultures riding the thermals above Guitar Center in the USA and the sort of insanity whereby Elon Musk’s consistently loss making Tesla company has in recent times had a higher capitalisation than Ford and General Motors, are not the stuff of Alice in Wonderland but of actual fact. And then there’s Amazon.

Amazon has kept a low press profile in this industry. In fact when it first entered the MI business the trade magazine I was writing for at the time was extremely reluctant (consider that a euphemism) to write about it. To this day I have never known why, but I have made a few guesses.

Amazon doesn’t send out press releases telling us how well it is doing in the MI industry but, word from retailers and distributors suggests it is doing worryingly well. And yet Amazon is one of the biggest puzzles of all. In an article in Forbes this week, wryly titled ‘The Amazon Era: No Profits, No Problem’, writer John Markman examines the phenomenon of companies like Tesla and Amazon which have sky high share values, give Midas-like rewards to their founders and yet, according to the traditional ‘turnover is vanity, profits are sanity’ maxim, they are duds. Markman writes: ‘Blame Amazon.com. The online behemoth cracked the code. Despite posting just a handful of profitable quarters in its two-decade history, it’s the fourth-largest public company at almost $470 billion in market capitalization. Now, its copycats are changing the game’.

You can read the Forbes article here: https://www.forbes.com/sites/jonmarkman/2017/05/23/the-amazon-era-no-profits-no-problem/amp/

Amazon founder Jeff Bezos’s excuse is that he needs to invest in growing Amazon rather than return profits, so that he can keep the yapping hounds of competition at bay. His shareholders like the sound of this and don’t seem in the least bothered that this Tyrannosaurus Rex of a company isn’t making much money. It is, however, able to develop ideas and services, with which conventionally driven business have to complete to stay afloat.

The knock-on effects of all this, however, are that an important (not to say revered) company like Gibson skitters around like a novice skater on the edge of an ice hole while its CEO plays with the chunk of Phillips he spent his investors’ money on. Guitar Center, meanwhile, seems to be more or less permanently on the watch list, threatening, if it goes under, to drag countless suppliers with it. Then there’s that other giant, Fender, which was enabled to gobble-up heritage brands and behave more or less how it pleased, kept aloft on borrowed money.

This isn’t the place for a lecture on economics, and I’m not the writer to deliver one, but the observation that massively expanding credit will have dire consequences is hardly a new one. As long ago as 1946, the economist Professor Ludwig von Mises wrote: ‘The expansionists are quite right in asserting that credit expansion succeeds in bringing about booming business. They are mistaken only in ignoring the fact that such an artificial prosperity cannot last and must inextricably lead to a slump, a general depression.

‘If the market rate of interest is reduced by credit expansion, many projects which were previously deemed unprofitable get the appearance of profitability. The entrepreneur who embarks upon their execution must, however, very soon discover that his calculation was based on erroneous assumptions’.

Von Mises may not have been the snappiest wordsmith but he was right, as we will soon find out if interest rates ever get back to the days many of us remember only too uncomfortably (UK mortgage rates touched an eye watering 15% in 1989). It could also happen if investors ever wake up to the reality cannot go on forever without making a profit – and that realisation could dawn pretty suddenly if one or two of these bubbles should burst. In the meantime, people who have to finance their businesses and run them in a traditional way are going to carry on suffering.

The post Money For Nothing – how cheap money is helping kill business appeared first on Music Instrument News.