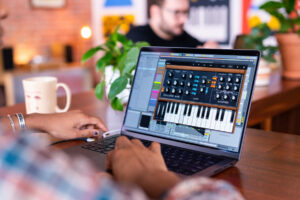 Free to all current Minimoog Model D iOS App owners, and just $24.99 for new users, this update to the app makes it easy and affordable for musicians of all levels to harness the legendary sound of the Minimoog Model D inside their favorite DAW. Now available in the App Store.

One of the most celebrated and influential musical instruments of all time, the Minimoog Model D synthesizer, is now available as a powerful production and sound design tool for Mac users in the form ofthe first official Minimoog Model D App for macOS.

The Minimoog Model D App allows users to emulate the sounds and workflows of their favorite musicians and create original tracks within a feature-packed software synth for a limited-time introductory price of $24.99 USD.

This free update to the app, which was first released byMoog Music as a mobile synthesis solution for iPhones/iPads, is available for all Mac users (Big Sur or newer), making it possible to recreate the sounds of the classic hardware Minimoog Model D using a macOS device through Audio Unit v3, using a VST3/AUv2 wrapper, or as a standalone sound design tool. Now optimized for both iOS and macOS, anyone with an Apple device can jump in and play with over 160 included presets or begin exploring electronic sound design to craft their own unique style.

Classic Moog Sound Meets Your Favorite DAW
​Perfect for bedroom producers, studio musicians, professional audio engineers, and beginner synthesists alike, this new offering for macOS allows for seamless integration with Logic, GarageBand, MainStage, Reaper, and through a free VST wrapper in Ableton Live and Cubase for use in studio and live performance environments. The Minimoog Model D App can also be used as a standalone instrument or as an effect in your existing audio chain.

This added universal compatibility is now included in all future downloads of the Minimoog Model D App. If you already own the Minimoog Model D App on your iOS device, no additional purchase or upgrade is required to use the app on your Apple Silicon or Intel based Mac laptop or desktop, and it can be downloaded from your previously purchased items. 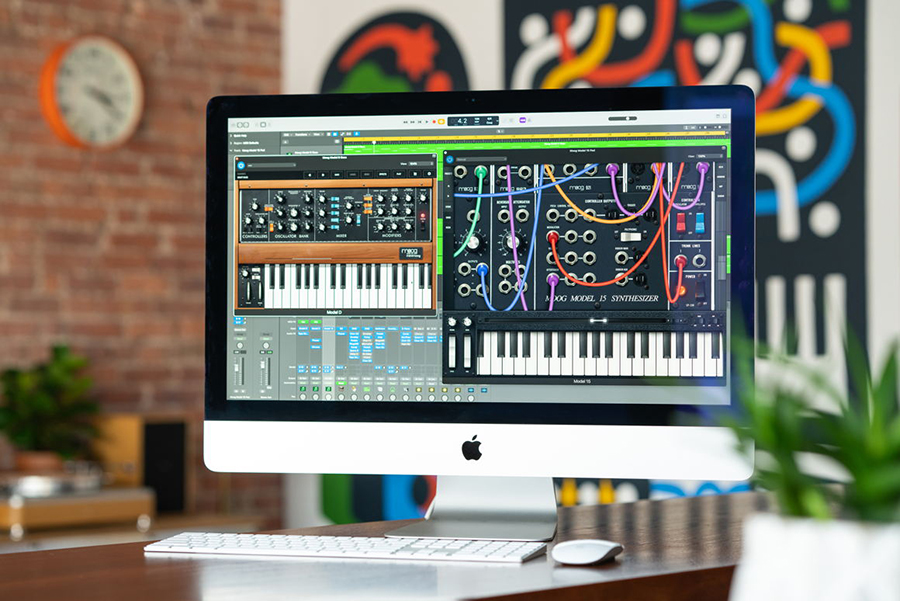 More to Explore: Expansion Packs & App Bundles
​To encourage further experimentation with novel sounds and experiences while inside the Minimoog Model D App, users will find 90 new presets available to download and explore. Each of these expansion packs comes with 30 unique presets, ranging from polyphonic “organ” patches and vintage bass tones to sci-fi sounds and soft, pastoral leads.

Today’s release of the Minimoog Model D App for macOS also presents a new bundle option for users new to Moog’s macOS instruments: install both the Minimoog Model D App and the Model 15 Modular Synthesizer App for $49.99. This bundle allows users to experience what it’s like to produce music with two of the most iconic Moog synthesizers of all time–at a fraction of the cost of their hardware counterparts. Learn all about Moog’s Model 15 Modular Synthesizer App here.

No matter where you are on your journey in synthesis, Moog’s software synths make it easy, affordable, and fun to make music from your home, studio, or on the go. 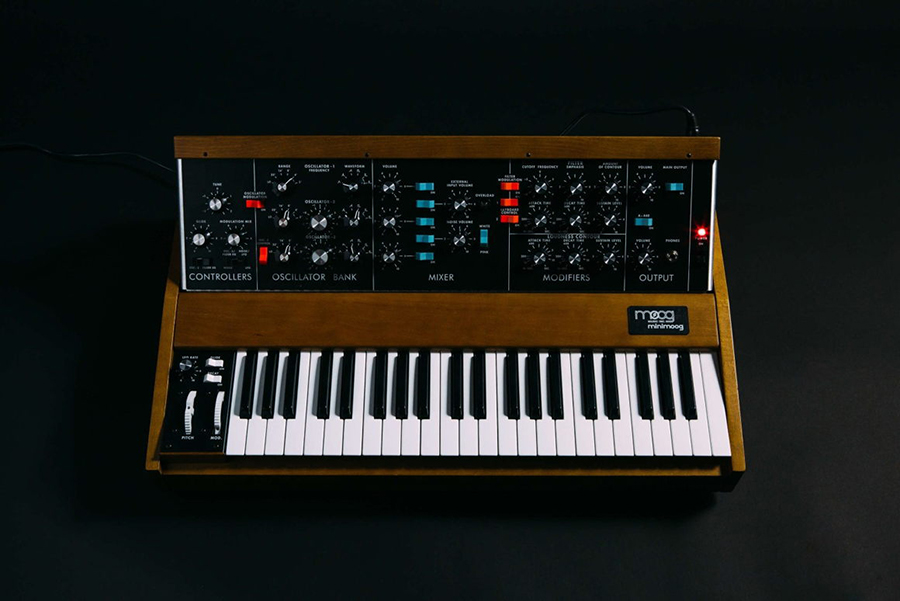 About the Original Minimoog Model D Synthesizer
​Introduced by Moog in 1970, the Minimoog Model D served as the archetype for all synthesizers that followed. It provided a whole generation of artists the ability to design their own sounds, translating imagination into reality. The Minimoog’s portability, affordability, and accessibility made it the go-to instrument for musicians looking to expand beyond the traditional sounds of the time.

More about Moog Music Moog Music is the world’s leading producer of theremins and analog synthesizers. The employee-owned company and its customers carry on the legacy of its founder, electronic musical instrument pioneer Dr. Bob Moog. All of Moog’s instruments are built with love inside its factory in downtown Asheville, North Carolina. Learn more here.