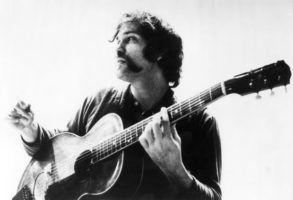 Guitarist John Abercrombie, who rose to prominence in the mid Seventies, continued to make exceptional music as he grew and explored, eternally honing his six-string approach throughout the decades. The influential jazz-rock guitarist died last August at age 72, just a few months after releasing Up and Coming, which turned out to be his final album.

As NPR put it, Abercrombie was “an intrepid and deeply lyrical guitarist who made a formative contribution to jazz-rock before refining a judicious, poetic iteration of post-bop.” Between 1975’s Timeless and 2017’s Up and Coming were dozens of albums that featured Abercrombie as a leader, co-leader or key sideman; it’s an evergreen body of work that confirms his stature as an innovative, individual artist who inspired his colleagues as well as multiple generations of guitarists.

As Cline told Premier Guitar, “It’s so hard to imagine our collective musical life without him.”