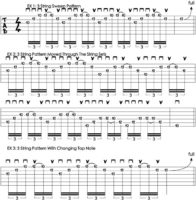 Secrets of Shred: How to Add Sweep Picking to Pentatonic Scales

In this addition of Secrets of Shred, I’m going to show you how to add sweep picking into the pentatonic scale. I’ll begin with a three-string sweep pattern and then expand it throughout the position. This concept is a very effective and fun way to sweep pick without playing arpeggios.

Let’s begin with EXAMPLE 1 in D minor, a three-string sweep-picking pattern on the G, B and E strings. Notice that on the top string, I use a pull-off to turn around and descend (See the tab below). This is a trick I like to use when have two notes on the top string of a sweep pattern. This entire concept is based on this pattern, so make sure you get it down before moving on to the following examples.

For EXAMPLE 2, I take the three-string pattern and move it through the string sets of the D minor pentatonic scale. Make sure to keep your picking consistent throughout every pattern.

EXAMPLE 3 expands on our original pattern by adding notes from the D minor scale as the top note of every pattern. The picking remains the same, but the left hand changes ever so slightly. This is a cool way to get totally different sounds without changing positions or changing your right hand at all.

For EXAMPLE 4, I expand on our original example by adding notes from the D minor scale and D blues scale on every string set. Once again, the picking is the same for every pattern.

For our final example, EXAMPLE 5, I take a typical riff in the D pentatonic position and interweave a three-string sweep-picking pattern in the middle. This is just one way to combine these patterns with other techniques you like to use. There are many ways to get creative with this concept. For example, once you have the shapes down in this position, try applying this concept to other positions that you like to play the pentatonic scale.

Try taking this sweep pattern and using it in different scales and keys. Although sweep picking is most commonly associated with playing arpeggios, applying sweeps to scales is just as musically effective and can lead to some great exploration around the neck. Cheers! 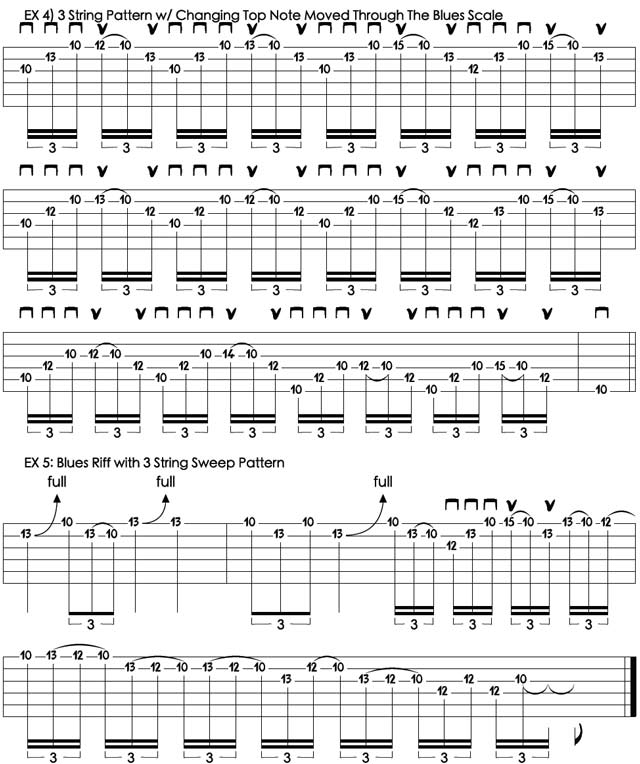 Sammy Boller is the guitarist for Citizen Zero. Their debut album, State of Mind, is out now on Razor and Tie Records. Catch Citizen Zero on tour supporting Steel Panther this April and Black Stone Cherry this summer. For more about Sammy or to ask him a question, write to him at sammyboller@gmail.com or follow him on Twitter or Instagram @sammyboller.