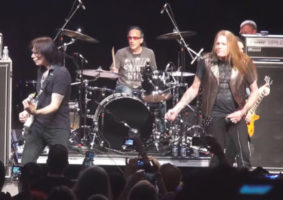 Below, you can check out some decent-quality, fan-shot footage of Vai and Bach teaming up to play Rush’s “Tom Sawyer.”