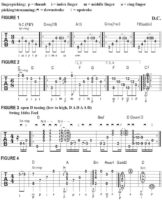 Heitor Pereira was born into a musical family in Brazil, wherein he was immersed in traditional samba and “Top 40”–type music from an early age.

He started playing guitar at age 14 and later immersed himself in classical music, studying composition and orchestration through friends (having just taken a boat to the U.S., the young musician had income issues) and later enrolled at Berklee College of Music. Hietor also studied privately with jazz guitar geniuses George Van Eps and Mick Goodrick.

When Heitor met legendary film composer Hans Zimmer, who needed Brazilian songs for the 1997 film As Good As It Gets, the film session and composing floodgates opened, and Heitor’s playing soon appeared in scores of such box office blockbusters as Gladiator and Blackhawk Down. The guitarist has nested in the film score aviary ever since, recently composing for major animated pictures like Despicable Me, Angry Birds, Minions, The Nut Job 2: Nutty by Nature and more.

What makes Heitor a rare bird in this business is that he uses tons of guitars (and ukuleles, mandolins, Jonathan Wilson’s GuitarViols—every kind of stringed instrument imaginable, along with his own voice, percussion, piano, various synthesizers, loopers, etc.), even employing a MIDI pickup-equipped nine-string guitar, which covers the full range of the orchestra, to input MIDI data, which is then assigned to orchestral instruments. (For more info, check his appearance in the award-winning SCORE: A Film Music Documentary.)

In the Sean Penn–starring I Am Sam (2001), Heitor dueted with another legendary film-music guitarist, George Doering, the two contributing scads of acoustic and electric textures in pieces like “Sam’s Friends,” which informs FIGURE 2. Be sure to check the original soundtrack to hear how Heitor’s lilting 6/8 groove (steel-string) supports Doering’s tasty licks.

We’ll close this lesson with a take on “Red’s Theme,” one of the mellower guitar-conceived pieces Heitor wrote for Angry Birds (2016), here played fingerstyle on a steel-string (see FIGURE 4). Note the “open” note spacing in each voicing, which—along with the strategic use of open strings—creates a pianistic sound.

This concludes this run of the Acoustic Nation column. It’s been a great seven years! I’d like to thank Jude Gold for, among other things, pointing me toward this opportunity; Brad Tolisnki and Jeff Kitts for piloting the GW ship, continuously delivering unsurpassed guitar content; and limitless thanks to longtime (20-plus years!) collaborator Jimmy Brown, for the friendship and opportunity to learn so much—and share it with GW’s dedicated readership.

Motionless in White's Ryan Sitkowski: "I once spent an entire set trying to get my amp to work, and I missed the whole show"

Classic Gear: the rise and fall of Gibson's Firebird III

How to permanently set your guitar's locking nut height