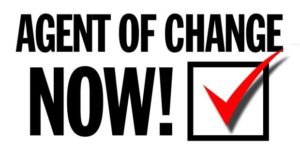 Agent of Change campaign to save music venues progresses

Music Venue Trust’s campaign to make Agent of Change a part of UK law will be addressed in the House of Commons on January 10.

Music Venue Trust’s campaign to make Agent of Change a part of UK law will be addressed in the House of Commons on January 10.

John Spellar MP, who outlined his plans at the charity’s Venues Day 2017 in October, will propose a Ten Minute Bill to make a person or business responsible for managing the impact of a change that they implement.

This not only means that an apartment block to be built near an established live music venue would have to pay for soundproofing, but a music venue that buys a new PA would also be expected to carry out tests to make sure its noise emissions don’t increase.

Beverley Whitrick, strategic director at the Music Venue Trust, said: “At the moment, UK law says that whoever is making a nuisance is always responsible for that nuisance. If a noise exists, you can deliberately move next to it and demand it be turned off and UK law will support you. This is unfair and unreasonable. John Spellar’s Bill will stop it, and that’s why we are reaching out across the music industry, cultural sector and politics to ask parliament to act and make Agent of Change the law.”

The charity is urging people to write directly to their local MP, asking them to support the Bill.

The measure has attracted cross-party support across parliament. Ed Vaizey MP said: “Adopting agent of change into planning laws is an important step in protecting the future of our country’s many excellent small music venues. As well as sitting at the heart of so many communities, these venues are vital in providing the first rung on the ladder for artists’ success and in enabling our world-leading creative industries to continue to grow”.

“I’m delighted to see movement on the Agent Of Change bill,” said musician Frank Turner who led Music Venue Trust’s initial petition in 2014. “It’s a simple measure which will help solve a serious and long-standing issue for small music venues around the country, the centres of our underground culture. I’m excited at the prospect of the bill becoming law, it needs all the support it can get.”

Michael Dugher, CEO at UK Music, added: “The Music Venue Trust does a fantastic job highlighting the urgent need for action to save our amazing live music venues which give artists their first break, make a significant contribution to our economy and culture, and bring pleasure to millions of music fans. The music industry brings £4.4 billion a year towards the UK’s economy. However, despite that success, many smaller and grassroots venues are battling for survival, often due to the threat posed by new developers. I would urge everyone to join the fight to save live music and our cherished music venues by getting behind our battle to get Agent of Change enshrined in law.”