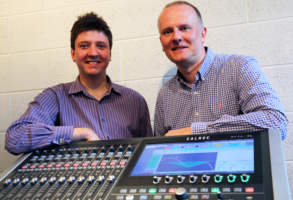 The Brio range of consoles has been designed for use in a wide range of broadcast applications.

Calrec has appointed Synthax Audio as the UK and Ireland distributor for its Brio console range.

The Brio range of consoles, which comprises the Brio 36 and the Brio 12, is designed for a wide range of broadcast applications.

Synthax Audio UK’s managing director, Martin Warr said:“We are honoured to become partners with Calrec who have long been known as the “Rolls Royce” of live broadcast consoles. The Brio range makes that functionality available to new markets with its small footprint and affordable price point. We look forward to delivering Calrec excellence to a whole new set of customers.”