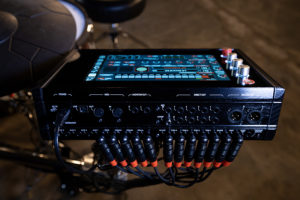 The G9 Workstation features a touch-screen sound engine packed with features including high-definition live drum samples of many well-known drums and cymbals. Each multi-layered sample can be treated with a range of built-in effects including compression and comprehensive equalisation, as well as adding room ambience and reverb. The Workstation contains multichip architecture giving superior sound processing along with stroke detection and features both 128GB internal memory and a further 4GB flash memory, while the G9’s connectivity includes stereo XLR outputs, jack outputs for each individual kit element, USB and MIDI. Other features include on-board recording facility (48kHz sampling rate), Wi-Fi and Bluetooth connectivity, PDF reader, music player (featuring a vary-speed player which preserves the pitch of the tracks and loop function), customisable stage sets stored in chains for quick set changes during live use, sound output mapping and much more. GEWA also detailed plans for its online cloud-based store, which the G9 will be able to connect to via Wi-Fi, and where further sound samples and kits will be available for purchase.

Along with the G9 Workstation (module) itself, the G9 features drum shells and hardware made by DW Drums along with newly designed mesh heads from REMO. The kit comes in a range of configurations ranging from a six-piece set-up featuring mesh pads and a polymer rack (designed by DW) through to a six-piece featuring full wood shells and a newly designed, heavy-duty split rack design. All of the kits feature GEWA’s new e-cymbals, which have been specially designed from the ground up to replicate the feel, weight and motion of traditional cymbals, with each kit supplied with 14” hi-hats, 2 x 14” crash cymbals and an 18” ride cymbal as standard. Also supplied as standard is a supplement of specially designed DW hardware, including: hi-hat stand featuring a special lock to keep the hi-hat controller in-place and cushioned feet to aid noise reduction when in use; a snare drum stand featuring cushioned snare basket and feet to aid noise reduction; and a kick pedal featuring a noise reducing beater. 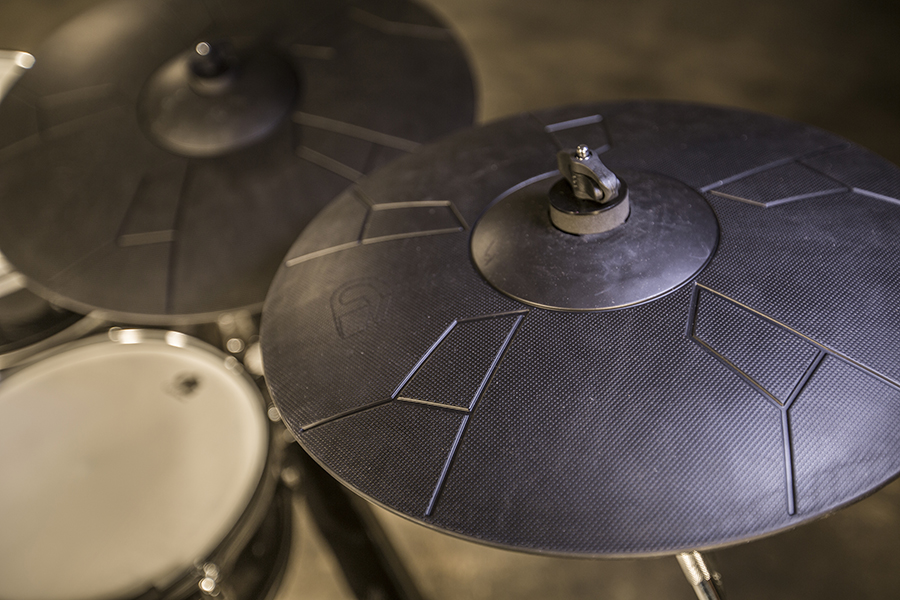 Price-wise, the G9 Workstation kits ranges from €4,000.00 for the Studio 6 set-up (which features more traditional mesh pads rather than drum shells) through to €5,599.00 for the Pro LQ6 flagship model. The G9 Workstation module will also be available separately in the future for €2,399.00.  The kits are set for launch in stages: certain European territories including Germany, Austria, Switzerland and parts of France is expected in early January, while the rest of Europe (including the UK) is set for mid February.