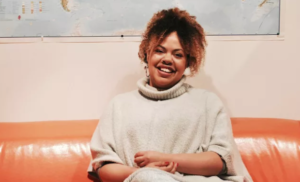 International Women’s Day: How women are shaping the future of audio

In her PSNEurope Women In Audio podcast, 2018 MPG Awards UK Producer Of The Year winner Catherine Marks told us that she believes there has been a ‘real shift in the industry’ over the past 12 months with regards to its attitudes towards women. It’s a view that appears to hold water.

Just this year, the aforementioned MPG Awards saw five key gongs on the night won by women (Manon Grandjean, Recording Engineer Of The Year Award; Marta Salogni, Breakthrough Engineer Of The Year; Imogen Heap, Inspiration Award; and Jane Third who won the A&R Award); the annual AIM (Association Of Independent Musicians) Women In Music event at London’s City Hall featured a panel session on Women In The Studio with some of the most prominent studio professionals in the UK and Red Bull Studios continues to host its monthly #NormalNotNovelty night, which provides workshops and networking opportunities for female engineers and producers.

What’s more, all-female record label Saffron Records has recently started offering training courses for women looking to pursue a career in the studio, while the AES has been actively campaigning and working to ensure women are fully represented across the industry.

However, above all the great work being done by industry associations and trade bodies to raise awareness of the gender imbalance and the measures that must be taken to redress it, the No.1 reason the spotlight is being increasingly placed upon women in the industry in 2018 is because the calibre of producers, engineers, mixers and business professionals is so staggeringly high.

Here at PSNEurope, we have been fortunate enough to speak to just some of the incredible women blazing a trail through the audio world and inspiring the next generation of professional sound practitioners.

Alongside our interview with Marks, the latest issue of PSNEurope also features in-depth interviews with mastering engineer Katie Tavini, in which she tells us about mastering her craft, and Shure CEO Chris Schyvinck, who takes us inside the company’s on-going expansion into the integrated systems market.

Of course, there is still a long way to go before the pro audio industry can declare itself as fully representative, but there is a palpable sense that attitudes are headed in the right direction. And one would certainly hope that the developments made in recent months will continue to gather pace through 2018 and beyond.

So, to mark International Women’s Day, we have compiled a number of interviews we have recently conducted with some of the most inspiring women working in the industry. Enjoy.

Catherine MarksThe award-winning producer talks us through her work on some of the most acclaimed albums of 2017, having worked with the likes of The Big Moon, St Vincent, The Amazons and Manchester Orchestra.

Suzanne BullWe spoke to Attitude is Everything CEO Bull about campaigning for better access for deaf and disabled people at music venues and festivals, how the charity has been embraced by the music industry and its plans for 2018.

Lauren Deakin DaviesDavies has broken just about every record possible in establishing herself as one of the UK’s most exciting young studio talents. Here she tells us about her influences and how she has achieved so much in such a short space of time.

Laura Lewis-PaulSaffron Records founder Lewis-Paul on why she decided to launch a female-only label and production school and how it is benefiting the talent of tomorrow.

Katie TaviniMastering engineer Tavini talks her approach to reaching the right mix and how Red Bull Studios’ Normal Not Novelty nights – which she hosts monthly – are opening doors for the next generation of female producers.

Olga FitzroyRevered recording engineer Fitzroy on her campaign to make shared parental pay available to the self-employed and why this subject is so important for the audio industry.

Terri WinstonAcross the pond, the Women’s Audio Mission (WAM) has been doing great things to redress the gender imbalance in the professional audio industry. Here, the US organisation’s founder and executive director explains why such initiatives are so vital.