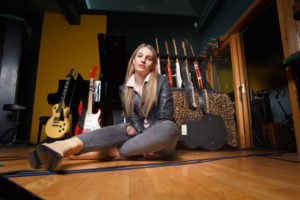 March edition of PSNEurope out now

The March issue of PSNEurope is out now, featuring an in-depth interview with 2018 MPG Awards UK Producer Of The Year Catherine Marks.

In a far-reaching interview, Marks tells us about how her time shadowing legendary producer Flood, to becoming one of the most sought after producers in the business.

We also delve into the world of immersive audio, taking a detailed look at the companies and the tech currently shaping the future of audio across the live, studio and install sectors.

Elsewhere, we have secured an interview with Shure president Chris Schyvinck to find out more about the company’s continued push into the integrated systems market, while mastering engineer Katie Tavini tells us all about her career to date.

In addition, Stuart Kerrison, founder of new cross-rental platform Second Warehouse, discusses his plans to revolutionise the industry, while the newly assembled L-Acoustics UK team grant us an exclusive interview to find out what their plans are for the year ahead.