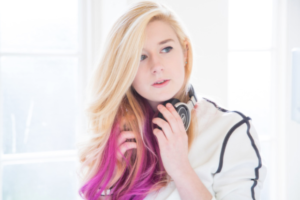 'Never assume somebody is nobody': listen to interview with producer Lauren Deakin Davies on Women in Audio podcast

Listen to our Women in Audio podcast on Soundcloud and iTunes

Producer and solo artist Lauren Deakin Davies has been trailblazing through the industry in the past couple of years. She won the NMG Producer of the Year award in 2017, was a panellist at Pro Sound’s PSNPresents networking and panel night in November last year (where she spoke about the current state of the studio sector) and is the youngest ever female producer to have had music played on BBC Radio 2.

She spoke to us about visiting studios as a teenager which inspired the producer route she’s now taking, some of the entry barriers facing people in the industry and the importance of the Music Producers’ Guild.

Listen and download on iTunes and Soundcloud, or stream the episode below.