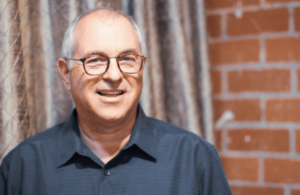 Wagner was most recently president of Focusrite Novation.

Wagner’s career in the pro audio market spans several decades, having most recently served as president of Focusrite Novation and, prior to that, president of Solid State Logic Inc. (SSL).

He began his career in New York City as a recording engineer at Soundworks, which was located in the basement of the legendary Studio 54.

“Straight out of the studio, I met Betty [Bennett, Apogee CEO and co-founder] at the 1984 summer NAMM show at Chicago’s McCormick Center,” stated Wagner. “Betty hired me for my first position in Pro Audio while she was President of Phil Dudderidge’s Soundcraft USA. We worked alongside of each other where I learned the Bennett method of ‘making stuff happen’ as we established Soundcraft New York.”

Wagner continued: “I’ve been fortunate to maintain a relationship with Betty throughout the years, it gives me great pleasure to join her in guiding Apogee into the next phase of its strategic business plan. We have many great ideas and are planning for solid growth in our core markets.”

Bennett, adds: “I’ve watched Phil grow professionally over many years with the various roles and positions he has had in our industry. His wife Cathy was part of the Apogee family for 15 years and as a result, Phil and I have stayed close. I’m pleased that Phil is finally coming home to Apogee. His energy, skill, and tenacity are all without equal. I know he is the right person to ensure our long-term growth.”