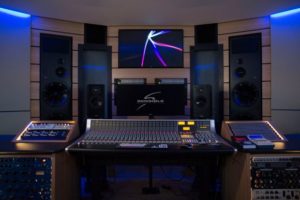 The studio has installed a range of new gear and acoustic treatments.

Recording and rehearsal facility Sensible Music has refurbished its recording studio, incorporating several equipment and acoustic treatment upgrades, as well as the addition of a new vocal booth.

“We wanted to inject new life into the studio and have a more accessible creative environment that caters to modern workflows” said Jack Freegard, manager at Sensible Music.

Chris Walls from Level Acoustic Design was tasked with retaining the original acoustics of the studio from when it was first designed. Studio Creations undertook the build and technical install.

“We wanted to preserve and regain the original acoustics that had been lost over the years” added Freegard. “We knew it was going to be a challenge but both Chris Walls and Justin Spier understood what we were after. The control room now has a more focused sound and the bottom end is much tighter.”

For the technical specification, PMC BB5XBDs were specified for main monitoring duties, while vintage Neve and API preamps completed the technical design. The studio is now equipped with an SSL AWS 948 Delta console bringing greater flexibility and enhancing workflow.

“The new layout offers improved ergonomics and communication between engineers and artists and our new console brings a fresh approach to sessions” Freegard said. “In addition to the existing control room and live booth, we have converted our old tape machine room into an extra booth which can be used for re-amping, or as a satellite production suite or vocal booth adding greater versatility to our facility.”