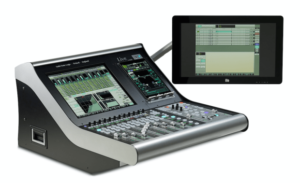 The appointment of SSE Audio as a dealer coincides with the launch of SSL’s new Live console, the L100

Solid State Logic (SSL) has unveiled SSE Audio Group, including Wigwam Sales, as dealers for their live range of consoles.

Regarded for its high-end studio and broadcast consoles, SSL turned its focus to the live audio market with the release of the first Live console, the L500,in 2013. The range was further expanded to include the L300 and L200.

The appointment of SSE Audio as a dealer coincides with the launch of SSL’s latest Live console, the L100, at InfoComm 2018 in Las Vegas.

“From the launch of the L500 in 2013, we knew it would only be a matter of time before the Live consoles started to appear on riders for our Hire department” said SSE sales director, Alex Penn.

“There was a lot of early adoption in the US, something we saw from our UAC partnership with Sound Image. We first used the desks over here in the UK with the Country to Country Festival in 2016 and we bought our first console, an L200, for Blink 182’s 2017 tour. We then added to this with a pair of L500s for the J Cole tour and they’ve since been out with Imagine Dragons, Roy Orbison, DJ Snake and the AMA Awards to name just a few.

“SSE Audio and Wigwam can deliver a premium service to SSL customers. We’ve a wealth of experience built up from our hire work, we have the consoles in hire stock, making demonstrations that much simpler and with our manufacturing arm, Sigma Fabrications, we can supply the consoles packaged exactly to customer specifications.”