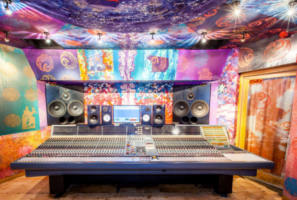 The London studio is under threat from a new office development.

London’s Strongroom Studios is under threat from an office development that could render its recording facilities unusable, the FT has reported.

The iconic studio has previously held recording sessions for the likes of the Spice Girls, Nick Cave and the Bad Seeds and Radiohead.

Now, a new office block proposal set to be developed on one side of the building could potentially put the studio out of business, with founders claiming that the predicted 18 months of building work would be catastrophic for the business.

“You can’t wait two years to make an album or edit a film. Even a sniff of trouble and they won’t book it,” co-owner Richard Boote told the FT.

Fellow co-owner Paul Woolf, added: “I think we would have to shut the company. We’d have no revenue. It’s just corporate greed. It makes me sick.”