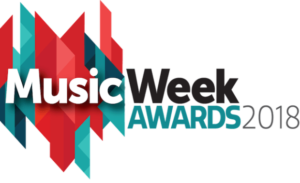 The Guildford venue won the Grassroots Venue: Spirit of the Scene award, while Glastonbury was once again named Festival of the Year

The Boileroom in Guildford won the Grassroots Venue: Spirit of the Scene award at last night’s Music Week Awards 2018.

The venue was up against the 100 Club (London), Broadcast (Glasgow), Club Ifor Bach (Cardiff), The Joiners (Southampton), Rescue Rooms (Nottingham) and Trades Club (Hebden Bridge) – but the Boileroom team invited all of the nominees up on stage with them when they collected the award.

The award win comes in the same week trade body UK Music urges the Government to implement Agent of Change into planning law to save the live music scene.

Nath Brudenell, owner of the Brudenell Social Club in Leeds, which won the accolade in 2017, tweeted: “Proud to see they included everyone nominated and made sure they all went up. It’s collective achievement…setting quality standards.”

Check out some of the other tweets from the night.