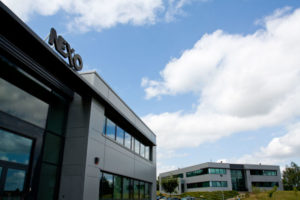 The French evolution: Nexo 10 years on from its Yamaha acquisition

This year marks the 10th anniversary of French loudspeaker manufacturer Nexo’s acquisition by Yamaha. Daniel Gumble hopped aboard the Eurostar to find out what’s changed over the past decade and where the firm is headed next…

For the past 10 years, a quiet revolution has been taking place within the walls of Nexo HQ. Ensconced on the fringes of Paris, the sleepy town of Plailly to be precise, the company has been chipping away at the established order of the notoriously competitive high-end loudspeaker market for 25 years, positioning itself as one of the sector’s premier exponents. Its place among the familiar faces dominating this corner of the industry was, of course, forged long before it was acquired by Yamaha in 2008, but it is during the last decade that it has arguably made its most significant strides.

With a couple of loudspeaker behemoths currently eating up the lion’s share of the market, the battle for supremacy among the remaining protagonists has not only been fierce, but has forced each to consistently up their game and ensure no stone is left unturned in their bids to provide top quality solutions and customer service to match. And while Nexo has traditionally delivered on these fronts, the acquisition has undoubtedly driven its overall offering up a level.

As a Yamaha subsidiary, Nexo has been able to leverage the significant clout that comes with a major corporation without compromising the touchstones of what made it a force to be reckoned with in the first place. All of the firm’s products continue to be designed and built in France with zero outsourcing or interference, while the Yamaha name has no doubt proved pivotal in pushing potential contracts over the line when pitching for large-scale projects.

Indeed, the benefits are mutual; the association with a highly revered pro audio player provides Yamaha with a proverbial badge of honour and a gateway into one of the industry’s most exclusive sectors. And according to Nexo’s international sales director Denis Baudier, the pooling together of the pair’s resources gives it the best possible chance of taking on the market’s top players.

“If you want to have any chance to fight against, say, the big Harman grouping, that has all manner of products and provides various solutions to the customer, you need to position yourself in the same way,” he explains. “So Yamaha had the top-end consoles, amplification and digital interfaces, but they didn’t have the high-end speakers that they now have with Nexo.

“For us there were a lot of positive things that happened by being acquired by Yamaha. We are now part of a 26,000-person team with a very solid financial background. We have a lot of common points in the way we approach production – Nexo is not the most exclusive speaker manufacturer, but I think it offers the best value for money. It doesn’t mean we make any compromise; the level of technology we have positions us as a company that doesn’t make any compromise on the quality of the products.”

There were also some key distribution aspects to the acquisition. Following the dissolution of a Nexo subsidiary launched prior to 2008 aimed at serving the US market, distribution was subsequently handed to Yamaha, resulting in some hefty gains across the pond.

“We took a lot of market share in the install market in the USA,” Baudier elaborates. “In the past we were probably 60% touring/40% installation, today we are more 50/50. The core of our install business is theatres, conference centres, and houses of worship, and we have a good market share in the sports arena. It’s something we developed when we launched the Geo S12. In France we had the European Cup two years ago when we equipped 10 stadiums, including the upgrade of the Nexo system in the Stade De France. In the UK, we have Glasgow Rangers and Wolverhampton Wanderers, with another three or four in the loop.

“On the touring side, the market has polarised, which is not very good for the market because there are basically two brands. Historically the discussion was always about the quality of the service; today the discussion is primarily based on price.”

The acquisition has also helped develop Nexo’s export business, which was already one of its strong points, with an increasingly healthy showing in the US, China and Japan bolstered by the presence of its parent company. What’s more, it is now starting to break into areas of the market that it previously hadn’t touched, while extending its reach further into those in which it was already well rooted.

“If you look at the Nexo range we have the classic PS line, the GEO and STM Series,” explains Baudier. “The STM is a really high-end touring product, GEO is a workhorse touring design which lends itself to multi-purpose installation, and the PS is point source. We recently extended the range with the super-compact ID Series, which will allow us to start reaching shops, airports, train stations. The box is composite injected so we have a better IP range, meaning we can start moving into parts of the market where Nexo previously had no presence. It is perfect for the AV installation market, which is very fast growing.”

He continues: “We are distributed almost everywhere in the world now. The biggest growth we had in the past 10 years was in Latin America because we had absolutely no presence before, and now we are perhaps brand No.1 there.”

In spite of all the above, it is arguable that the biggest asset Yamaha has brought to Nexo is its approach to service, as highlighted by the company’s director of engineering support François Deffarges, who told us: “Service in Japan is something that is taken extremely seriously. I’ve not been to any other country where you have this level of service. It’s unbelievable. Every time I go there… I don’t speak Japanese, but everything is made extremely easy for me. Yamaha is clearly a company that has this approach to service in its DNA. And there is absolutely no compromise in that. If there is a single problem with a single product, they will send as many engineers as required to fix that problem.

“As a subsidiary of a company like this, creating a service department is great, because they really support us very strongly on such initiatives. I will not make apologies for saying this, but France is not renowned worldwide for the quality of its service! So to step up to the Japanese requirement is a big, big step.”

The reinvigorated approach to service has resulted in Nexo implementing an infrastructure built to ensure the Japanese standard is available to its customer 24/7.

“People contact us through the website for technical information and when that technical information request is received, it goes to 10 people simultaneously,” Deffarges continues. “No one should wait more than 24 hours for a reply. If we don’t know how to answer, we acknowledge that we’ve received the request and that it may take a little bit of time for us to find the solution. We have people who call for support, for example, a French owner who bought a secondhand PS which is 20 years old, and he wants to know the reference of the diaphragm he should put there. We have to be top level on that. The guy must have the answer.”

In a market where the gap between its biggest players is approximately the width of a cigarette paper, the minutiae of manufacturers has never been more scrutinised. Today, the demands of the industry stretch far beyond simply boasting a high quality product. As Nexo’s directors outlined during our stay in Plailly, a full package of supreme service and speedy and efficient provision of solutions is expected as par for the course.

For the time being, it’s highly unlikely we’ll see any newcomers forcing their way into the loudspeaker business. What we are likely to see is a steady escalation of the technology and services offered by those at its fore. And with its pairing with Yamaha still in its relative infancy, the potential for yet further Nexo growth and innovation is boundless.