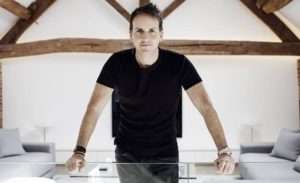 Sacha Lord-Marchionne was appointed to the role by Greater Manchester Mayor Andy Burnham.

Warehouse Project and Parklife boss Lord-Marchionne will be a champion for the city’s music and club venues, as well as its wider cultural offering.

Welcoming the appointment, UK Music CEO Michael Dugher said: “This is more great news from Andy Burnham. We look forward to working with Sacha and giving him our full support.

“We have seen what a great success London Mayor Sadiq Khan’s appointment of Amy Lamé as ‘night czar’ has been for the capital.

“I’m confident Sacha, who has a formidable track record and a wealth of expertise and experience, will bring many positive benefits to Greater Manchester.

“There is a fantastic music scene in Manchester and a great music heritage. Andy Burnham totally gets this. Manchester has a thriving economy, including a world-renowned night time economy, and I know Andy Burnham is deeply committed to supporting this and to bringing more jobs and prosperity to every corner of Greater Manchester.

“This appointment just shows how regional devolution can be a force for good and a catalyst for change.”

Lord-Marchionne will be supported in his new role by a night time economy panel drawn from councils, local businesses, public services and other organisations.