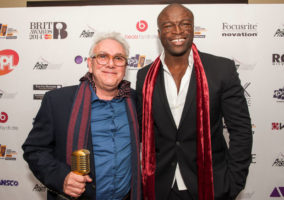 'We have an amazing array of talent in the UK': Tony Platt and Mick Glossop on 10 years of the MPG Awards

It’s the 10th anniversary of the MPG Awards, taking place tonight (March 1). We spoke to MD Tony Platt and executive board member Mick Glossop about its evolution over the past decade…

On March 1, the annual MPG Awards celebrates its 10 anniversary. To mark this milestone in the event’s illustrious first decade, Daniel Gumble caught up with MPG Awards managing director Tony Platt and MPG executive board member Mick Glossop to talk its evolution over the past 10 years, its importance to the biz in 2018 and what exactly happened with its connection to the BRITs…

The MPG Awards is now in its 10th year. Tell us how the event has developed over the past decade?

Tony Platt: It has evolved beyond all expectation. The initial brief was to create an intimate event where producers, engineers etc could get together and celebrate what we do. However, the effect we have had on the perception of the value of the production team has taken us way beyond that expectation and the evening is now a very important part of the ‘awards season’. We’ve kept the atmosphere warm and unpretentious though and have never lost sight of our original aim.

Mick Glossop: Some notable developments have been a massively increased recognition and respect for the MPG Awards and the Music Producers Guild within the rest of the UK music industry and beyond. A key development has been our incorporation of a unique live performance within the event; one notable example being the performance by Trevor Horn with a special band he put together, involving several world-renowned artists, including Seal, Anne Dudley, and Lol Creme and Eric Stewart of 10CC.

What do the awards mean to the pro audio industry in 2018?

TP: Our initial hope was that we would be able to bring the value of the work producers, engineers, mastering engineers, mixers etc do in the background to wider attention. We were just starting the rise of producers being far more involved in collaboration with artists and the major labels were no longer the only entities fulfilling the requirements of the artists. Music makers, especially in the UK, have been very adept at moving with the times and we have contributed a massive amount to the renewed success of the UK ‘s music industry success. I have always said that we in the UK are often a little reticent to shout about our successes and the MPG Awards give a credible platform for us to do that.

In addition to recognising some of the biggest names in the biz, the MPG Awards has been crucial in the development of up and coming talent. Just how big an asset is it for a newcomer to be recognised by the MPG?

TP: All of the recipients of Breakthrough Awards have commented on how even being nominated had given a noticeable boost to their careers. The career path options that my contemporaries and I were fortunate to experience no longer exists, so it is much more difficult for the upcoming professionals to get the opportunities and at the same time be able to hone the skills of their trade. It has been an important goal for us to support this young talent and was a key factor in our introduction of the Self-Producing Artist Award last year.

The MPG’s relationship with the BRITS over the British Producer Award came to an end this year. Can you shed a little light on why this is?

TP: There were a couple of factors. I should point out that these were always two separate awards – The BRIT Award was simply presented at our ceremony but was chosen using our process. I could speculate that it was a result of our success in promoting the role of the producer that led them to put their Award back in their main event! There were some misrepresentations being bandied around that being a member of MPG was a pre-requisite to winning an award – which is absolutely not the case. Our nomination, voting and judging system is totally transparent and we re-visit it every year to make sure we have all the angles covered. Certainly you need to be a full member to participate in the Voting Stage but anyone can nominate in the first instance and the panel of judges we put together is as diverse as possible – the process really does reflect the judgement of our peers right across the industry – not just in one small sector. The BRITS obviously felt they needed to update their judging process and wanted to have control of this particular award again. Naturally, being proud of our process. we simply could not agree to that.

MG: The BRITs committee, not unreasonably, decided to re-align the voting procedure of their British Producer Of The Year award with the procedures they employ for their other awards. As a result, that previous relationship with the MPG could no longer be sustained.

What do you have in store for this year’s show? Are there any new categories or features of the ceremony?

MG: There isn’t a new award category this year. However, the category of Self-Producing Artist, which we introduced last year, has grown massively in popularity. This year we received a 100% increase in submissions for this award. The number of emerging artists who are also producers is one of the indications of the changing techniques and styles of music protection and serves to constantly remind us of the need to embrace those changes.

What do you make of the current crop of British audio engineers and producers?

TP: We have an amazing array of talent in the UK and that is resulting in some of the most exciting music in a long time. There is a cyclic effect when great music is being produced because is stimulates, encourages and inspires the new crop of musicians and artists and provides truly entertaining results.

MG: You only have to look at the international sales charts to see the influence of UK talent around the world. Of course, the continuance of the emergence of new UK production, engineering and mixing talent serves to remind the world of the UK’s ability to produce excellence in all areas of musical creativity.

What are the biggest areas of opportunity for up and coming producers and engineers?

TP: I think the opportunities for collaboration are the most exciting – especially as it is entirely possible for a producer, engineer and artist to take on the whole process of making a record without the old dependencies.

MG: Because music can be produced in places beyond the traditional recording studio, this has even facilitated the creation of new genres of music, for example, grime, which would not have existed in the days when production required access to a large amount of expensive equipment. Of course, the role of the producer in navigating these possibilities remains as important and as relevant as ever.

And what are the biggest challenges?

TP: Because the process of making records is so much more accessible it has created a very noisy environment to break through and makes it more difficult for the music consumers to find what they want – so ‘being heard’ is the biggest challenge.

How have technological advancements over the past 10 years shaped the role of the studio producer/engineer? And how has this been reflected in the awards?

TP: That’s a huge question! I think that this has been a two way street. The advancements have challenged producers and engineers but we have also demanded more from technology, and as a result we have innovated more. I think the creative way we have dealt with these challenges is at the core of what the MPG Awards stand for.

MG: The developments in technology have enabled many to create professional quality productions under domestic conditions. This is something that would have been very difficult to achieve even 10 years ago, and almost impossible before that. I refer once again to the Self-Producing Artist award as an example of how the MPG Awards are reflecting the changes in production styles and procedures.

What have been some of your personal highlights over the past 10 years of MPG Awards?

TP: Every year has capped the one before – certainly Seal with Trevor Horn and Eric Stewart singing I’m Not In Love was pretty amazing. I’m pleased we were able to honour Sir George Martin. I am also delighted that we are getting more female producers and engineers being nominated and winning and slowly we are expanding the reach into all the musical genres.

MG: Watching Trevor Horn’s live performance in 2014. The individual musicians were so tight, and the musical arrangements so well crafted, it could have been a recording session right there on the stage.

The 2018 MPG Awards takes place on March 1 at London’s Grosvenor House. You can view the full list of nominees here.