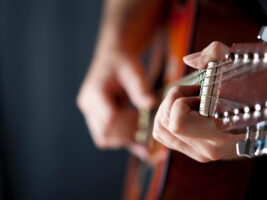 AmericanaFest UK is back as an in-person event for 2022: see the lineup here

The lineup has been announced for the 2022 edition of AmericanaFestUK, the UK Americana Week’s showcase music festival. Six London venues will play host to 70 events across the festival, alongside the UK Americana Awards 2022 and a conference hosted by The Americana Music Association UK.