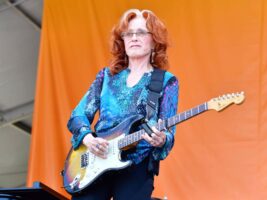 READ MORE: Jack White talks about the guitar advice he once received from Prince in a recent interview

In an interview with Apple Music’s Zane Low, the guitarist noted “I just showed him how I do it. So I got the feeling he said, ‘I don’t necessarily have to learn how to do this because I can just sample you.’”
In the interview, Raitt spoke about the collaborative sessions between the pair at his Minneapolis estate in the ‘80s, Paisley Park, and stated that by this point, Prince had already become a well established multi-instrumentalist, earning the respect of peers for his technical ability. Despite this, he still found the slide technique too tricky to grasp, and asked Raitt for some assistance.
“Our time together was aborted somewhat because of scheduling, I couldn’t make [it] when he was available, so he went ahead and did the tracks in his key – or they were songs he’d already written”, the guitarist said.
“So when I got out there and we had a couple days to try some things, they were way too low for me, but he wanted me to play slide on some stuff, and he wanted me to teach him how to do it.”
Cream was a pivotal hit for Prince’s career, as it became his fifth and final No.1 hit on the Billboard Hot 100 chart.
You can revisit the song, and the iconic slide sample, below:

In more Bonnie Raitt news, she has just released a brand new studio album named Just Like That… which marks her 18th record during her six decades of music. The album features her famous guitar slide which can be heard in her rendition of The Bros. Landreth’s song, Made up Mind.
The post Bonnie Raitt says Prince sampled her slide guitar slide for his hit Cream appeared first on Guitar.com | All Things Guitar.