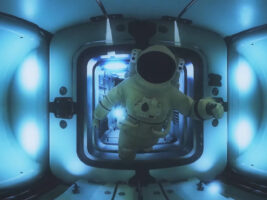 Dream Theater are back with a new nine-minute song, The Alien

Dream Theater have returned with their first single from their upcoming 15th album, A View From The Top Of The World. The new track is a nine-minute epic entitled The Alien.

READ MORE: Dream Theater announce new album, A View From The Top Of The World, and US tour

The track is the opener for A View From The Top Of The World, and features some extensive melodic lead guitar courtesy of John Petrucci.
Petrucci described in a statement the process of writing and recording in the band’s own recording studio across the pandemic: “We just love to play our instruments. That never goes away. I love to be creative, write, and exercise that part of my mind. We’ve been able to do this for a long time, and we don’t take it for granted. Whenever we get together, we know we can’t disappoint ourselves or our fans, so we manage to try even harder.”
The Alien’s music video has also landed on Earth today, and features some truly head-spinning sci-fi imagery to underpin the ever-progressive instrumentals of the band.

We spoke to guitarist John Petrucci last year, discussing his second solo record Terminal Velocity. When we did, he let us in on how he views recording improvised lead work. “A lot of times I’ll end up using the initial recording because for whatever reason it happened organically and it’s better,” he explained.
“There’s something to overthinking where you could actually take away from the feeling of it, so you’ve got to be careful with that. You have to kind of know when to stop. It’s like trimming the beard, if you try to get it exactly symmetrical you might just go in a little too much and next thing you know you’ve got to shave the whole thing off!”
A View From The Top Of The World is out 22 October, and can be preordered here.
The post Dream Theater are back with a new nine-minute song, The Alien appeared first on Guitar.com | All Things Guitar.