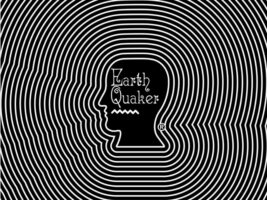 US-based effects company EarthQuaker Devices has revealed that it will be teaming up with avant-garde apparel brand Brain Dead in a recent Instagram update. Announced on social media, both brands have confirmed the new artwork for the range, but have not yet stated the latest product that will be unveiled.

READ MORE: UK Retailers Told To Be On The Lookout For More Than 200 Stolen PRS Guitars

Renowned for its handmade effects pedals, tech company EarthQuaker Devices has announced the latest brand it will be teaming up with – Brain Dead Apparel.
Announced on social media at midnight (July 19), both companies took to Instagram to tease the latest collaboration – each sharing the latest artwork that sees both logos come together. Sporting a simple, psychedelic design, the image showcases the EarthQuaker brand name showcased on top of Brain Dead’s signature silhouette.
While the LA-based clothing company shared the image on its Instagram story, EarthQuaker shared the artwork on its official feed alongside a simple caption reading: “coming soon”.

Not yet revealing what the two brands have been working on in the partnership, the announcement has led to numerous fans speculating what the upcoming release will be. Delay, Reverb, a Vocoder and a new Eurorack Module are just some are the suggestions by fans in the comment section, however, the brand has not confirmed or denied any current guesses.
This is far from the first time that EarthQuaker Devices has teamed up with another brand to design a new range of guitar pedals. Previously, the brand has seen partnerships from a range of companies and music artists including Sunn O))), Death By Audio and the Japanese noise-rock doom-metal band Boris.
For more information on the tech company and to browse through its current range of effects pedals, visit EarthQuaker Devices’ website.
The post EarthQuaker Devices tease upcoming collaboration with Brain Dead appeared first on Guitar.com | All Things Guitar.