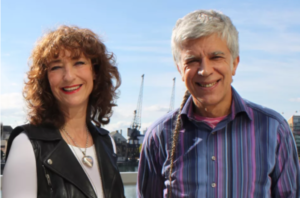 Funktion-One’s Ann Andrews has hailed Prolight+Sound as being Europe’s “number one European trade show for entertainment technology’, as the firm prepares to launch its new F124 bass enclosure in Frankfurt next month.

Speaking to PSNEurope, Andrews sais she was excited at the prospect of launching the F124 at the show, which runs from April 10-13.

“Prolight + Sound has been an important show for Funktion-One for many years,” she said. “It’s where we’ve launched new products, met with new and existing companies, and connected with the industry press. We’ve got a good position on the show floor and we like having the opportunity to demo our latest innovations, so it works for us. Having said that, we keep an eye on how the show is doing and appreciate that its overall strength impacts how good it is for us. We’re looking forward to exhibiting this year and to seeing what comes out of it.

“Historically, Prolight + Sound is the number one European trade show for entertainment technology,” she continued. “The growth of ISE is starting to threaten that position, but it isn’t quite there yet. I’d say Prolight+Sound is a bit more rock’n’roll. The outside demo area gives us an opportunity to turn up the volume and show people what our loudspeakers are capable of – that’s a distinguishing feature. Generally speaking, it’s been a good place for us in terms of making new connections and doing business, so we hope that continues.”

First introduced at the NAMM Show in January, the F124 combines Funktion-One’s horn-loading technology with a 24-inch driver. By re-visiting a 24-inch frame and tooling the company had developed during a previous R&D phase, Funktion-One focused specifically on the magnet and coil elements.

Founder, Tony Andrews, and the Funktion-One design team worked closely with Precision Devices to find the best performing solution, eventually developing a double six-inch voice coil motor with a Bl factor of 50 to give the necessary motive power. According to Funktion-One’s team, this is now the most powerful electromagnetic structure in a loudspeaker.

“It’s probably the best all round bass device on the planet,” said Tony. “Everyone who has experienced it has been blown away. It was quite a long development process – around two years – but that attention to detail has returned a fantastic result.”