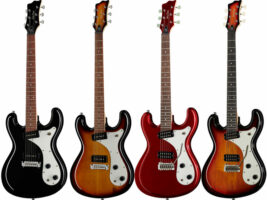 Harley Benton has revealed the new MR series, a Mosrite-inspired collection of electric guitars featuring Classic and Modern versions that come in standard or baritone models.