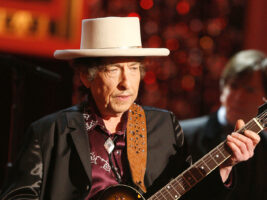 Bob Dylan has been accused of drugging and sexually abusing a 12-year-old girl back in 1965, according to a lawsuit filed in New York City on Friday (13 August).
The lawsuit specifically accuses Dylan of assault, battery, false imprisonment and intentional infliction of emotional distress.
It alleges that Dylan, then in his mid-20s, used his status as a famous musician to befriend and groom the girl (identified as “J.C.” in the suit) over a “six-week period” between April to May 1965 with the intent of sexually abusing her.
The suit also claims that Dylan did so with “the provision of drugs, alcohol and threats of physical violence” that has left J.C., now 68 years old, “emotionally scarred and psychologically damaged to this day”.
J.C. is seeking compensatory and punitive damages from Dylan.
The suit was filed a day before the “look-back” window of New York’s Child Victims Act closed. Passed in 2019, the law extended the statute of limitations to allow individuals who had been abused as children seek justice as adults.
The window for claims to be filed was due to close in 2020, but was extended to run through 2021 due to the COVID-19 pandemic.
A representative for Dylan told USA Today: “The 56-year-old claim is untrue and will be vigorously defended.”
This is a developing story – check back for updates.
The post Lawsuit alleges that Bob Dylan drugged and sexually abused a 12-year-old girl in 1965 appeared first on Guitar.com | All Things Guitar.