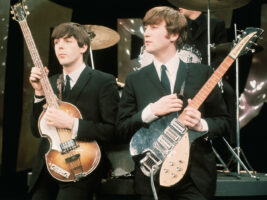 Paul McCartney has discussed the breakup of the Beatles in a new interview where he shared his thoughts on the band continuing on and clarified once again that it was John Lennon’s decision to leave the group that ended things.

McCartney gave the interview to BBC Radio 4 [Per The Guardian], saying he would have preferred the band to continue instead of breaking up in 1970.
“This was my band, this was my job, this was my life, so I wanted it to continue,” he said, adding that he felt the group were writing “pretty good stuff” even after eight years together.
When the Fab Four split, many initially believed it was Paul McCartney’s decision to go solo that set in motion the breakup of the group. The 79-year-old musician denied those claims in the interview, “That was our Johnny,” McCartney said.
“I am not the person who instigated the split. Oh no, no, no. John [Lennon] walked into a room one day and said I am leaving the Beatles,” he said.
McCartney’s statements mirrored those he made on the Howard Stern Show back in 2018, where he also spoke about the tension between himself and Lennon post-Beatles and of “weaponising songs” to take shots at each other.
“It didn’t last long, and we got over it luckily. I feel very blessed that we got over it because if we hadn’t and then John goes and gets killed, I don’t know how I would have dealt with that,” he said then. “I was very lucky because we sort of got it back together and it was beautiful.”

The post Paul McCartney discusses the Beatles split: “This was my band, this was my job, this was my life, so I wanted it to continue” appeared first on Guitar.com | All Things Guitar.